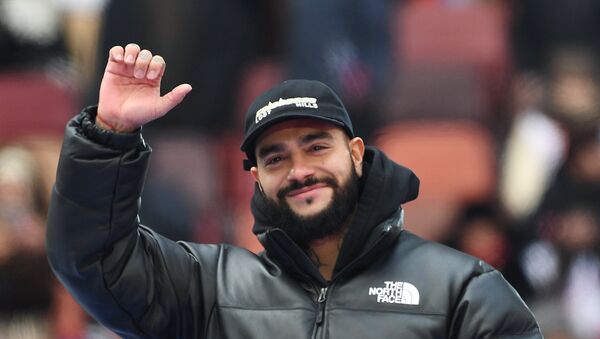 The "Black Star" of Russian commercial rap, who's rubbed shoulders with everybody from Snoop Dogg to Ramzan Kadyrov, has seen his name hit the headlines again - as usual, it wasn't thanks to his musical talents.

A Mercedes G-Wagon, which reportedly normally carries recording artist Timati's security detail, was reportedly involved in an accident and burned down in downtown Moscow. In this video, the G-Wagon is seen colliding with another vehicle and a pole, and subsequently catching on fire.

According to Russian broadcaster NTV, the driver was hospitalized, while Ren-TV reports courtesy of Moscow traffic police, that the accident did not result in any serious injuries.

Timati's representatives refused to comment on the incident, but it's not the first time the rapper's Benz made the headlines: last August it was seen cruising along the sidewalk at Sheremetyevo airport.