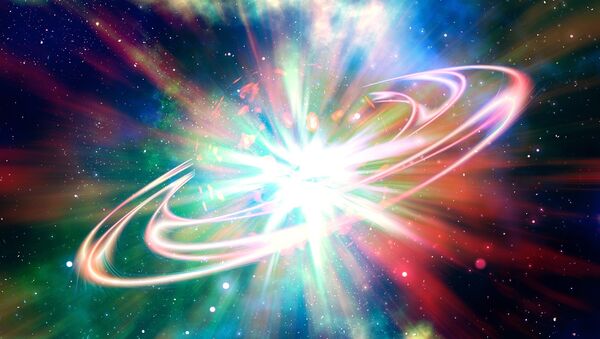 Cambridge Physicist Stephen Hawking first entered the spotlight when he wrote A Brief History of Time: From the Big Bang to Black Holes, where he described the structure, origin, development and eventual fate of the universe in layman's terms

In an exclusive interview with the National Geographic's StarTalk, renowned English physicist Stephen Hawking gave his thoughts on "what was around before the Big Bang," namely, the time when the universe was born.

Claiming that nothing existed "before the big Big Bang", Hawking referred to Albert Einstein's general theory of relativity, which he said stipulates that "space and time together form a space-time continuum or manifold which is not flat, but curved by the matter and energy in it."

Hawking pointed out that he sticks to "a Euclidean approach" when it comes to explaining the origin of the universe.

"In this, ordinary time is replaced by imaginary time which behaves like a fourth direction of space. In the Euclidean approach, the history of the universe in imaginary time is a four-dimensional, curved surface like the surface of the Earth, but with two more dimensions. [US physicist] Jim Hartle and I proposed a "no-boundary" condition. The boundary condition of the universe is that it has no boundary," he emphasized.

Hawking described "imaginary in real time" as the "beginning at the South Pole which is the smooth point of space-time where the normal laws of physics hold."

"There is nothing south of the South Pole, so there was nothing around before the Big Bang," he concluded.

The Big Bang Theory, the prevailing cosmological model for the universe, describes how the universe expanded from a very high-density and high-temperature state approximately 13.8 billion years ago.