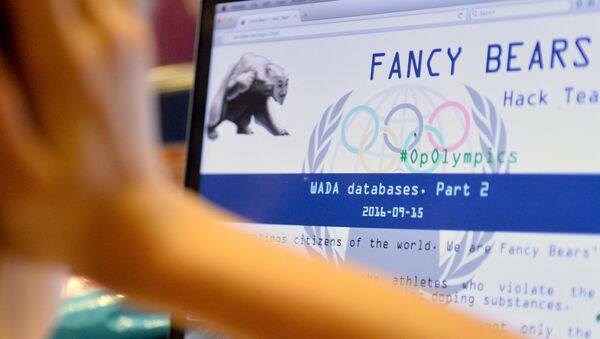 BERLIN (Sputnik) - The servers of the German foreign and defense ministries have suffered cyberattacks on Wednesday. According to the DPA news agency, the attack has been carried out by the APT28 hack team, also known as Fancy Bears.

The servers that were subject to the attack were thought to be absolutely protected in terms of potential external attacks, the news outlet added.

Later, German Interior Ministry spokesman Johannes Dimroth said that the situation after the cyberattack was "restrained and taken under control."

"We attach great importance to what happened, and we are using all available resources," Dimroth said, as quoted by Focus magazine. He stressed that the investigation of the incident was underway.

The Fancy Bears group is thought to be allegedly linked to Russia by a number of states, however, these claims have never been proven. The group is best known for its attack on the World Anti-Doping Agency (WADA) which resulted in a leakage of documents proving that a number of prominent athletes such as tennis players Rafael Nadal, Venus and Serena Williams, as well as artistic gymnast Simone Biles, used banned drugs under the Therapeutic Use Exemptions program.

World
Fancy Bears Reveal Canadian Conspiracy Against Russian Sport
Earlier, Associated Press reported that Fancy Bears has used weaknesses of the US cybersecurity systems and attempted to steal strategic defense and space technologies. According to the media outlet, Fancy Bear obtained hacked email accounts of about 90 people engaged in development of "military drones, missiles, rockets, stealth fighter jets, cloud-computing platforms, or other sensitive activities" and over 30 of them agreed to be interviewed by reporters

The media outlet also reported that the information about the phishing attacks had been collected by the cybersecurity company Secureworks in the period between March 2015 to May 2016.