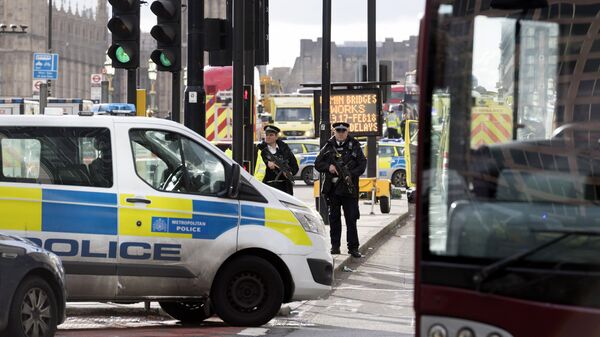 The head of UK counter-terrorism policing, Mark Rowley, warned about the growth of the extreme right-wing terrorism in the United Kingdom in his keynote speech at the Policy Exchange think tank.

"It is important we make these figures public in order to illustrate the growth of right-wing terrorism. For the first time we have a home-grown proscribed white-supremacist neo-Nazi terror group, which seeks to plan attacks and build international networks," Rowley said Monday, as quoted in the police press release.

The assistant commissioner said that Islamist terrorism remained another acute threat that the United Kingdom was facing.

Radicalization Researcher: UK Should Brace Itself for Terrorism
"A deeply concerning characteristic is how both far right and also Islamist terrorism are growing allowing each side to reaffirm their grievances and justify their actions," Rowley stressed.

The UK counterterrorism chief told reporters that the danger of right wing extremism was underestimated by the society.

According to the police senior official, four far-right terrorist attacks were foiled in the United Kingdom last year.

In early February, Darren Osborne, who committed an attack near Finsbury Park Mosque in London in 2017, received a life sentence. The analysis of Osborne's online behavior showed interest in the far right ideology.