Moldovan President: We Are Unlikely to Join EU 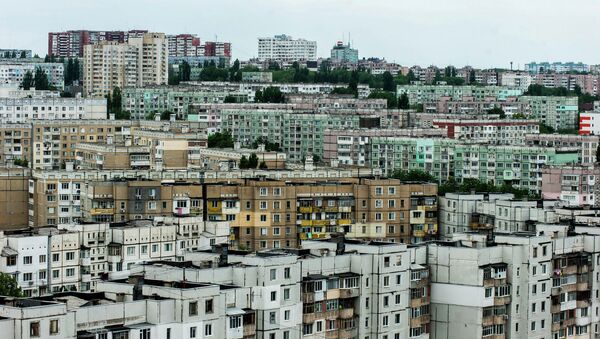 Chisinau (Sputnik) - Moldova is unlikely to become a member of the European Union and its association agreement with the bloc under the Eastern Partnership hurts the Moldovan economy, the country’s President Igor Dodon said in an interview with Deutsche Welle broadcaster on Monday.

"Brussels is not ready for that [Moldova’s accession to the European Union], it was made clear during the Eastern Partnership Summit, which took place recently. And Moldova is not ready itself [for integration to the bloc]," Dodon said, as quoted by the broadcaster.

At the same time, the maintenance of good relations with both Moscow and the European Union is the only way for Moldova to survive as a country, the president stressed.

Putin: Russia Ready to Expand Cooperation With Moldova
"I think that Moldova can survive only if it has good relations with the West and the East. We can't be friends with Russia and oppose Europe or be friends with Europe and oppose Russia," Dodon said.

The president underlined that Chisinau should continue to adhere to its neutral status, avoiding membership in any military blocs such NATO or the Collective Security Treaty Organization (CSTO).

Dodon went on to praise Russian President Vladimir Putin, saying that Moldova "is lacking such a patriot at its head."

In 2009, Moldova joined the EU's Eastern Partnership, while the EU-Moldova Association Agreement entered into force in July 2016. Since his election as Moldova’s president in 2016, Dodon has been facing disagreements with the country's government as he is calling for increased partnership with Moscow, while the cabinet strives for the closer integration with Brussels.