Antonov spoke at a memorial event in honor of six Russian Navy sailors who buried at the US Naval Hospital Cemetery in Portsmouth, Virginia. The soldiers died in the United States during and after the US Civil War.

"We gathered here today to pay tribute to the six sailors of the Russian Imperial Navy, who died in the line of duty far from their homeland," Antonov said.

World
US Ex-State Secretary Kerry Says Wants to See US-Russia Relations Improved
The attempt to bring back the names of the sailors, Antonov noted, is like bridging gaps between centuries. "It is an opportunity to learn from the past in order to address the challenges of the present," Antonov said.

Experts from the Russian Military Historical Society have so far identified three of the sailors — Gavriil Vyakhirev, Arseniy Bragin And Zakhar Lebedev — and continue their efforts to the identify the other three.

The memorial service was held for the second time in more than 140 years.

Antonov said on Friday the fates of the Russian sailors show that "out great countries share a common history, that we can help each other to solve mutual problems." 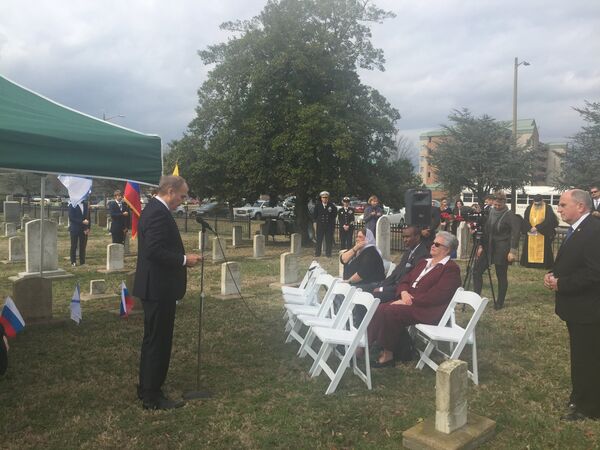 Portsmouth Mayor John Rowe and Captain Jack Freeman of Naval Support Activity Hampton Roads, along with General Robert "Doc" Foglesong, the US Chair of the USRJC, were also present at the ceremony.

While the existence of the sailors’ graves was known to the Russian fleet, they were identified online in 2013 by volunteers of the Russian Memorials project and first visited by Alexeyev in April 2016.

World
'Extremely Important' to Establish Working US-Russia Relationship - Tillerson
The sailors were crew members of the steam frigate Svetlana, which docked in Norfolk, Virginia in January 1877 along with Grand Duke Alexei Alexandrovich, Grand Duke Konstantine Konstantinovich, Prince Scherbakov as well as a delegation of naval officers.

The sailors fell ill in Norfolk and were taken to a local hospital, but could not be saved. They died in January and February 1877.

Antonov pointed out that the Russian frigate Svetlana and the corvettes Askold and Bogatyr arrived in Norfolk in early 1877 as honored guests for the 15th anniversary of the Battle of Hampton Roads, the biggest naval battle of the American Civil War.

"Russian ships were invited to participate in the anniversary parade of the American fleet and the invitation was not incidental," Antonov said. "From the start of the Civil War, Russia expressed full support to the government of Abraham Lincoln, recognizing it as the only legitimate authority on US soil." 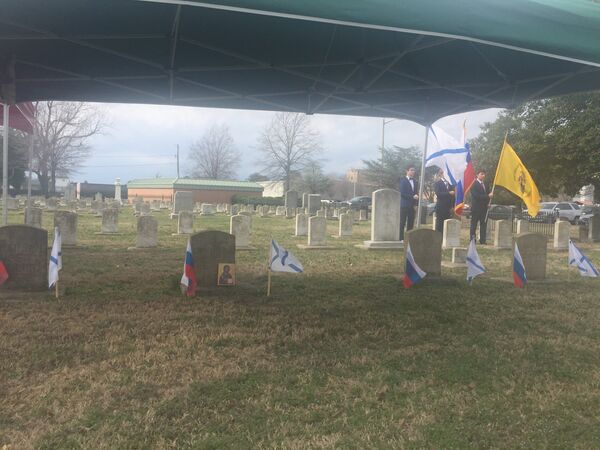 "The formal reason of their visit was a threat of war between Russia and European powers Britain and France due to a Polish uprising," Antonov said. "The presence of the Russian Imperial Navy was necessary to prevent Britain from interfering into the situation in Poland by threatening its trade routes near American shores. Yet, at the same time, it was a visit of friendship — a demonstration of amicable attitude of Russia to the American people."

Antonov pointed out that the arrival of Russian ships also pursued a number of political and military goals. 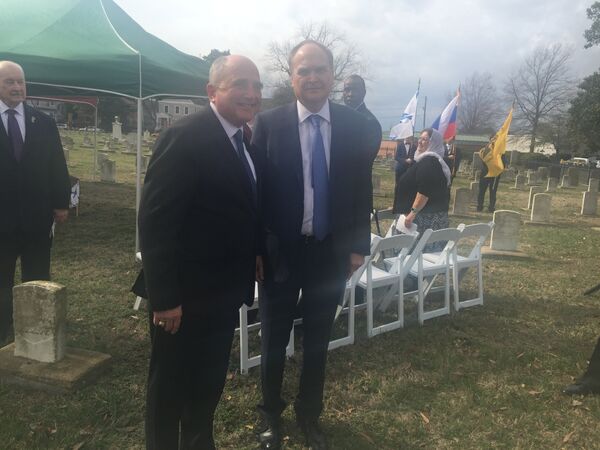 "It helped to prevent the attacks of southern raiders on the crucial Union port cities and was seen as an indication that the Union could count on the help of the powerful Russian Navy in case Britain and France (who unofficially supported the Confederacy) had taken hostile actions," Antonov said. "In the United States our servicemen received a warm welcome."

The Russian diplomatic mission had expressed its gratitude to the US Navy for taking care of the graves of the Russian sailors.