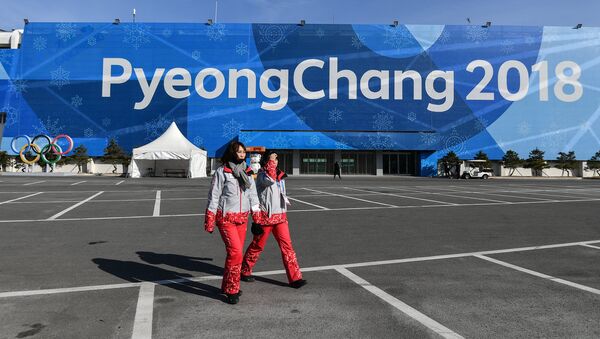 Attention: P.F. Chang's is not hosting the 2018 Winter Olympics. The host is Pyeongchang.

On Saturday, Chicago-based news anchor Mark Rivera was broadcasting a report on the political aspects of the Olympic games in South Korea when an eyebrow-raising graphic appeared alongside him.

According to the graphic, it's not Pyeongchang 2018 — it's PF Chang's 2018. But that wasn't the only error that netizens zeroed in on. See anything off about those Olympic rings?

​Maybe they were confused by the 2014 Sochi Olympics opening ceremonies, when the fifth Olympic ring failed to open up?

After the broadcast ended, social media was on fire with people quickly expressing their, um, appetite for the games.

​Some even speculated that the 2020 Olympics would be held at *drum roll please* the Waffle House.

​By the time Sunday rolled around, PF Chang's had cleared the air with its announcement that they were, indeed, not hosting the Olympics. *gasp*

"Contrary to this broadcast, we're not hosting the games," the restaurant chain said via Twitter, possibly breaking hearts just before Valentine's Day.

A spokesperson for the ABC station later released a statement to the Chicago Tribune on Monday that indicated the error was "the result of a mix-up." As the story goes, the graphic was actually from a Friday "satirical piece" by sports anchor Mark Giangreco who was encouraging viewers to create their own Olympic sports. The station has apologized for the snafu.