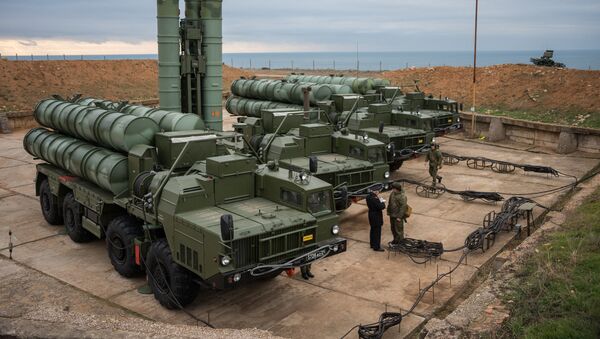 © Sputnik / Alexei Malgavko
/
Go to the mediabank
Subscribe
International
India
Africa
MOSCOW (Sputnik) - Russia could sell S-400 air defense systems to the United States if the US side was interested, Russia's security would not be compromised, CEO of Russia's Rostec state corporation Sergey Chemezov told the Washington Post newspaper in an interview.

"The S-400 is not an offensive system; it is a defensive system. We can sell it to Americans if they want to. So, there is really no issue from the strategic point of view," Chemezov was quoted as saying in an interview published on Saturday.

The head of Rostec said selling S-400 to a NATO member did not compromise Russia's security, when asked what the reasoning was behind the sale of the systems to Turkey, a member of the alliance.

World
US Sanctions Hurting Third Parties, Not Russia's Rostec, Rosoboronexport - CEO
"On the contrary, if a country is capable of ensuring the safety of its airspace, it will feel more secure. And those who might have intentions to attack this country will think twice," Chemezov explained.

The head of Rostec said such systems were in high demand in many countries and Russia had plenty of orders.

In late December, Russian and Turkey signed a loan agreement on the supply of Russia's S-400 to Turkey. The two sides agreed on the delivery of the systems in September. The Russian armed forces have been using the S-400 systems since 2007.