Cashing Out: How New Sanctions Can Push Russia Into Dropping Its US Bonds 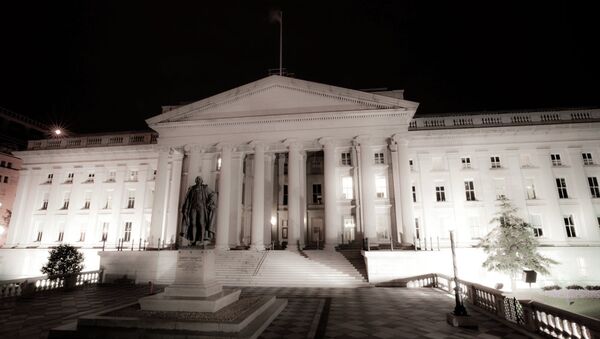 © Photo : Florian Hirzinger
Subscribe
International
India
Africa
The release of the so-called Kremlin Report this week was accompanied by an as-yet classified annex detailing the impact new sanctions could have on Russia's sovereign debt. Commenting on the latter document, and what would happen if Washington did introduce new restrictions, economic analyst Igor Naumov considered how Moscow might retaliate.

"To our deep regret, we have to deal with a very unpredictable partner. Therefore, the US might [introduce sanctions] tomorrow, today, or the day after that…Of course, when dealing with the unpredictable, one has to constantly be on guard," Peskov said, speaking to reporters Thursday.

Russia
Putin 'Sad' About Not Being Included in US 'Kremlin Report'
For months, US investors have been anxiously awaiting to see whether Washington would introduce new restrictions on operations involving Russian government bonds, in accordance with its package of measures aimed at prohibiting US companies and individual citizens from working with Russian financial institutions. The US Treasury's so-called Kremlin Report, compiled in accordance with the Countering America's Adversaries Through Sanctions Act (CAATSA) signed into law last summer and released earlier this week, was accompanied by a classified annex outlining the impact new restrictions would have.

It was assumed, financial journalist Igor Naumov recalled, that the document would be presented on the night of January 30, that is, alongside the Kremlin Report. But this did not happen, and now traders are talking about a new date: February 2.

Washington's newfound attention toward Russian national debt has not been accidental, the journalist stressed. After US and European sanctions cut Russian banks and companies off from long-term foreign financing starting in 2014, the Russian Ministry of Finance's federal loan obligations (OFZ) instrument has become an effective alternative tool for attracting investment into the Russian economy, bringing in nearly 6.7 trillion rubles, or close to $120 billion US, in a series of recent bond issuances. 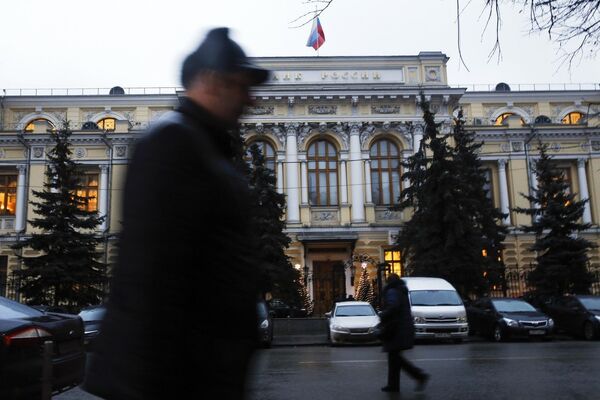 From Recommendations to Restrictions

Washington had already tried to impose restrictions against Russian sovereign Eurobonds, 'strongly recommending' that Western banks refrain from purchasing them starting in 2016.

Russia Sanctions to Be Based on Kremlin Report's Classified Part - Ex-Official
Fast forward to the CAATSA proposals, and it may no longer be a case of recommendations, but a direct ban on operations involving Russian bonds, Naumov noted. "Taking into account that foreign investors hold almost a third of the OFZs, their mass exodus could lead to strains for the Russian stock market and to a depreciation of the ruble," the observer added.

Sergei Drosdov, an analyst for the Russian financial services company Finam Holdings, told RIA Novosti that a total ban on bonds would mean that US investment firms such as BlackRock, Stone Harbor Investment Partners and JPMorgan Chase, who currently hold about $4.9 billion in Russian OFZs, might have to pull out. This, he said, would lead the OFZs' yield to jump by 40-50 base points, while exchange rates would jump from 56 rubles to one dollar today to 61 to one.

However, Konstantin Bushuyev, the head of the market analysis department at the Otkrytiye-Broker investment firm, noted that even if a US ban on Russian bonds were to go ahead, other buyers, Russian, European, Japanese, and Chinese, would quickly pounce on the investment. In any case, Bushuyev noted that today, Russian banks have some 3.1 trillion rubles (i.e. about $55 billion) in highly liquid assets, "completely covering the entire Russian state debt controlled by Americans." These could be put to work immediately if new US restrictions were to move forward, softening the blow of any new sanctions. 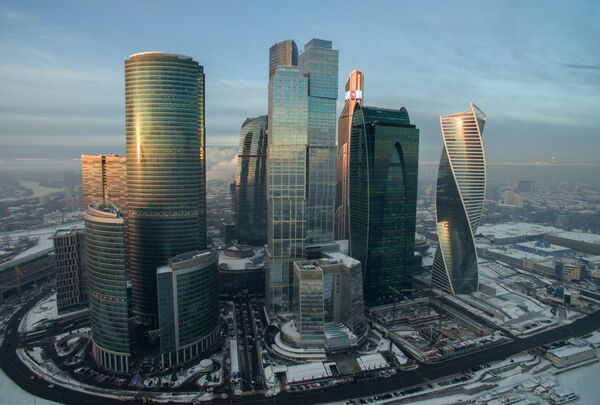 Furthermore, Naumov noted that if Washington did move forward with new restrictions, "Moscow reserves the right to respond to the latest unfriendly US move, and it can't be excluded that the reaction in this case would be quite stiff."

US Treasury Secretary Says 'Kremlin Report' Will Trigger New Sanctions
At present, the Russian Central Bank has close to $219 billion invested in foreign debt, about half of that, or $105.7 billion, invested in US T-bills, while the rest is held in French, German, British and other countries' bonds.

"Changing the geography of overseas Russian assets, given the necessary political will is, in principle, not so difficult," the journalist noted. "If the US introduced a ban on the purchase of Russian state debt, Moscow could significantly reduce its investments in US bonds."

What's more, such a move could be logical not only from a geopolitical perspective, but economically as well, given the dollar's falling exchange rate, and the growth of inflation and interest rates. As Konstantin Bushuyev pointed out, "there are plenty of alternative, low risk instruments available. This could include the bonds of the stronger European economies, as well as Japan and China."

Donald Trump is the Best Reason to Buy Gold
In any case, as Minister of Finance Anton Siluanov pointed out in an interview with Russian media, no matter what obstacles Washington puts in Moscow's way, Russia "will always find a way out of a difficult situation. If we are restricted here, this means that we are expanding our internal sources, our internal resources."

Indeed, Naumov stressed: another highly attractive option for Russia's foreign exchange reserves is gold. "The Russian Central Bank has been increasing its purchases of the precious metal in the domestic market, and from January 2017 to January 2018, the value of gold in Russia's coffers has jumped by 27%, from $60.2 to $76.6 billion US," or 1,615 to 1,838 tons, respectively, and continues to grow.