WATCH Russian Fighters' Maneuvers During Intercept of US Spy Plane 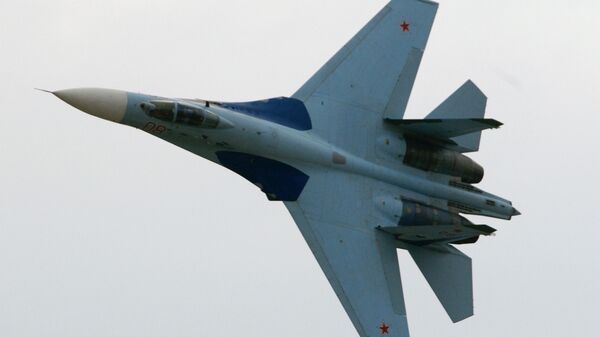 The Russian Defense Ministry said that the bombers took all necessary precautions to avoid a dangerous situation during the intercept.

The US Navy has released a new video showing the Russian Su-27 bombers maneuvering around the US EP-3 Aries signals reconnaissance plane over the Black Sea on January 29.

"These videos show the Russian Su-27 intercepting the EP-3 from a very close position, at the same altitude, and with an estimated wingtip-to-wingtip horizontal separation as little as five feet at times," US Navy Capt. Bill Ellis, commander of Task Force 67, claimed.

The Russian Defense Ministry has confirmed that one of their Su-27 fighter jets intercepted a US Navy EP-3 Aries surveillance plane in international airspace over the Black Sea on Monday, saying that it was necessary to prevent the aircraft from violating Russian airspace. The Pentagon slammed the interception as "unsafe," but Moscow replied that they took "all necessary precautions" to avoid a hazardous situation.