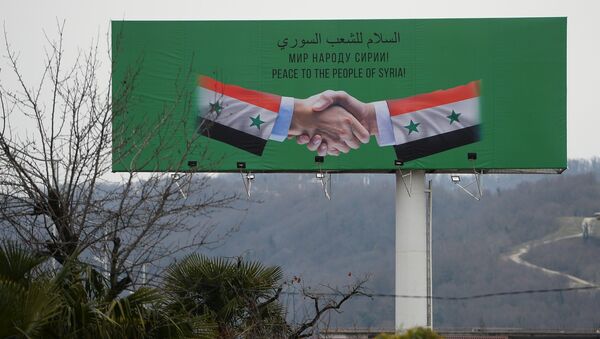 MOSCOW (Sputnik) – Representatives of the United States will not take part in the Syrian National Dialogue Congress in Sochi as observers, the US Embassy in Russia told RIA Novosti Monday.

"The United States will not be attending the Sochi Congress as Observer. We note that the Syrian Negotiations Committee has announced that it will not attend and respect that decision," spokeswoman Maria Olson told RIA Novosti.

Syrian Kurds delegation will also not attend the Congress due to the ongoing Turkey military operation in Afrin. However, they agreed to send their representative.

The Syrian Dialogue Congress is to take place in Sochi on January 30 and is expected to host more than 1,500 visitors, including representatives from Syrian opposition, pro-government forces, ethnic and religious groups, as well as delegations from states that participate in the peace process in order to work out a common view on the country’s future. United Nations, several regional and international organizations and will be present as observers. The US was also invited to be an observer during the talks.