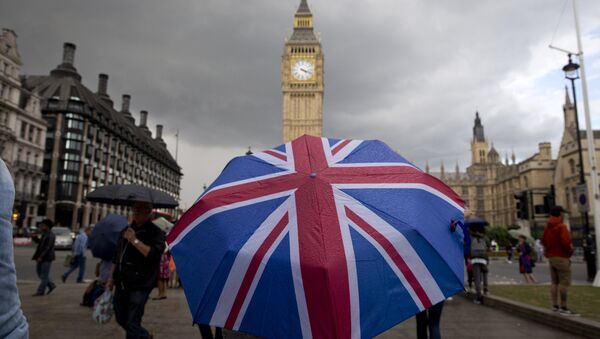 The company has told British lawmakers that it has no evidence of any concentrated Russian effort to interfere in the 2016 referendum on the UK's exit from the European Union.

Twitter sent the House of Commons' Select Committee on Culture, Media and Sport a letter, indicating that its inquiries have found no evidence to substantiate claims of Russian meddling.

In a copy of the letter published by committee chair Damian Collins on Thursday, the company reported that just some 1% of the accounts identified by a City University study last year on suspected social media spam bots were registered in Russia.

"While many of the accounts identified by City University were in violation of the Twitter Rules regarding spam, at this time, we do not have sufficiently strong evidence to enable us to conclusively link them with Russia or indeed the Internet Research Agency," the letter, signed by Nick Pickles, head of Public Policy at Twitter, said.

Facebook to Continue Probe in Alleged Russian Meddling in Brexit - UK Lawmaker
The letter also pointed out that recent report by the UK Parliament's Intelligence and Security Committee could not "identify any immediate concerns in this area," either.

Pickles noted that Twitter's conclusions were similar to those of a recent study by the Oxford Internet Institute study, which found "little evidence of links to Russian sources."

Twitter's letter prompted Collins to claim that the company has refused to provide "straight answers," and to suggest that this lack of information "is simply increasing concerns about these issues, rather than reassuring people."

Facebook continues its own investigation. Last month, the company said that a mere $0.97 had been spent by Russia's Internet Research Agency on Brexit-related content. Google, the third internet company asked for input into the probe, also said it found no evidence of Russian meddling in the vote.

Analysts Explain How Russia, Iran May Scupper US' 'Army of Bots'
British Prime Minister Theresa May has repeatedly accused Russia of interfering in Britain's affairs, suggesting the country was using its media to "sow discord in the West" and accusing Moscow of "weaponizing information."

Russia has repeatedly denied any suggestion of its illegal interference in other states' internal affairs. Russian Foreign Minister Sergey Lavrov stressed, when speaking about the purported meddling in elections in the US, the UK or other countries, that there was no simply evidence to substantiate the claims.