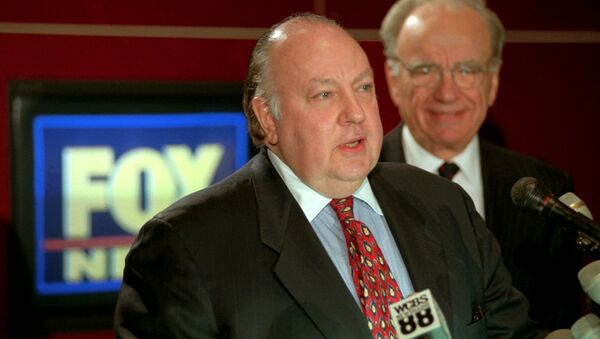 The media baron’s calls to be paid for the quality of his media empire’s output comes as he prepares to break up and sell off many of his key assets.

The owner of News Corp International, Rupert Murdoch locked horns with Facebook CEO Mark Zuckerberg on January 22 by insisting that the social media giant and other platforms should pay "carrier's fees" to his publications for providing "authoritative news."

The media mogul's suggestion came as Facebook is undertaking a wide-ranging overhaul of its Newsfeed feature, promising to give priority to stories originating from "trusted" news producers, designated so by users themselves, in a bid to crack down on what it terms "fake news."

Steven Barnett, Professor of Communications at the University of Westminster told Sputnik that Murdoch is seeking yet more ways to stem the continuing loss of advertising revenues from his companies.

"I don't see it going anywhere. He clearly has backing from other publishers. As always with Murdoch you have to look at the corporate self-interest and it is clearly in his self-interest as well as, you could argue, other publishers to try and extract more revenue out of platforms that are using original journalism. I don't necessarily blame him for it, I think it's more than ironic that when other people are in a monopoly or duopoly position, he jumps up and down and complains but when it's his own business, he objects to any kind of interference," he said.

Social and online media platforms such as Facebook, Google Twitter have become increasingly important to mainstream news publications eager to maximize their audience reach. Google and Facebook collectively accounted for at least half of all online advertising revenue in the UK in September 2017, revenue upon which newspapers continue to be reliant.

Mr. Murdoch's media empire was rocked in 2011 by revelations that journalists working for his tabloid newspaper The News Of The World had hacked the phones of murdered school-girl Millie Dowler. The subsequent Leveson Inquiry heard testimony from politicians, celebrities and other members of the public who alleged a widespread culture of phone-hacking at Murdoch-owned publications as well as collusion with corrupt elements of the police to provide sensitive private information.

Today in 2011 Britain's best-selling Sunday tabloid the News of the World, brought down by a phone-hacking scandal, publishes it last issue. pic.twitter.com/vKON0SvoBc

Did he have respect for the parents of Millie dowler when he authorised the phone tapping? No. That man is vermin.

As opposed to the Murdoch papers where, you know, they only bugged the phones of celebrities, politicians, and ordinary people who happened to be in the news… #MillieDowler#HackedOff #JFT96#DontBuyTheSun https://t.co/VhvuKpz56S

The Australian-born mogul has been engaged in talks with media giant Disney Inc. to sell off 21st Century Fox which incorporates the Fox News channel as well as large sections of the media in Britain and Australia.

On January 23 the British media regulator ruled that the media baron's bid to fully take over BSkyB would not be in the public interest, placing a further hurdle in the way of his media empire's future expansion.