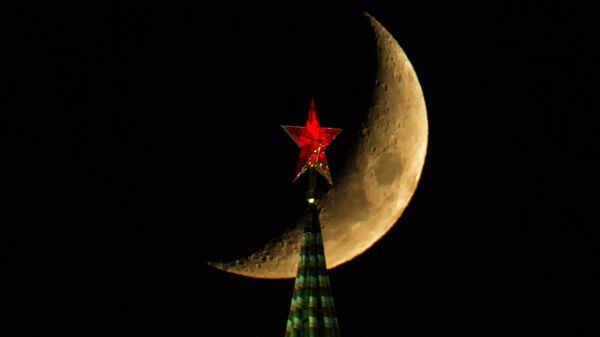 © Sputnik / Vladimir Sergeev
/
Go to the mediabank
Subscribe
International
India
Africa
WASHINGTON (Sputnik) - The United States has been deliberately provoking Russia to manufacture the myth that it is a major threat and justify the aggressive new National Security Strategy unveiled on Friday, former US Army officer and historian Todd Pierce told Sputnik.

"Our numerous provocations of the Russians are bearing fruit so that we now have created the perception of them as an actual threat," Pierce, a former US Army major, said. "So threatens who in reality?"

Unveiling the new strategy, which President Donald Trump promised during his 2016 election campaign, Defense Secretary James Mattis said earlier on Friday that it focused on preparing for war and on long-term competition with Russia and China.

However, the new strategy was misguided and unnecessary, Pierce explained.

"They [Russia and China] are a minuscule military powers compared to the United States and NATO, pushed up on Russia’s borders as we now are," he said.

New US Defense Strategy: Work With Diplomats or Deal With Military
The new strategy had deep roots in US policymaking going back more than a quarter of a century to just after the Cold War, Pierce recalled.

"For anyone paying attention, this has always been in the cards since the 1992 Draft Defense Planning Guidance (DDPG) prepared by Zalmay Khalilzad under the sponsorship of Dick Cheney as Secretary of Defense and the tutelage of Paul Wolfowitz," he said.

Khalilzad became US ambassador and de facto ruler of Afghanistan when the country was conquered in November 2001 and Wolfowitz served as President George W. Bush’s deputy secretary of defense and was a key architect of the invasion and occupation of Iraq in April 2003.

The 1992 Draft Defense Planning Guidance provided to be the blueprint and justification for US global expansion and military invasions in the 21st century, Pierce noted.

That point "cannot be repeated enough as it is our ‘Mein Kampf’ for our foreign policy," he said, referring to Adolf Hitler’s book, which laid out the plans for Nazi invasions and expansions over the following 20 years.

The 1992 document, drafted during the presidency of George Herbert Walker Bush was officially approved as US national strategy a decade later under his son, President George W. Bush, and the new National Defense Strategy just announced by Mattis was its natural successor, Pierce explained.

"It was… officially adopted in 2002 as our National Security Strategy in which we would tolerate no potential regional challenger to our military hegemony, even with legitimate grievances," he said.

US National Security Concerns Focused on Superpower Competition
All the wars that the United States had waged in in the 21st century were part of efforts to enforce the 1992 and 2002 strategic doctrines, Pierce pointed out.

"The misguided War on Terror and then the Iraq War and our other wars were a distraction in one way, but necessary to shore up our global control," he said.

Over the past quarter century, Mattis had served his career in the US Marine Corps taking this Cheney-Wolfowitz Doctrine for granted, Pierce concluded.