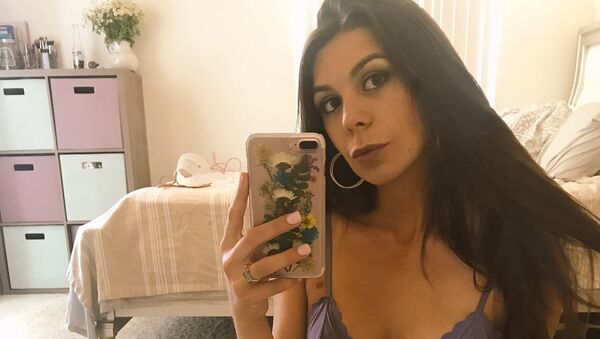 The adult film actress became the fifth to pass away in just three months in a series of mysterious deaths.

A statement read: “Family and close friends said they had deep concern at the volume of prescription drugs prescribed to Olivia and the danger this posed to her. If this was mixed with recreational drugs or alcohol, it is believed this to be the cause of her passing.”

"Much comment has recently been made on the number of adult stars having passed in the last year and with great sadness we must inform that the list has grown longer,” Lua's agency added.

Olivia had reportedly been battling drug addiction, and had recently suffered a relapse.

“We learned today that she had returned to a different facility in West Hollywood after a relapse, approximately a week ago, at which she was found deceased this morning."

Olivia, who joined LA Direct Models last April, had been unable to work since October due to “personal challenges.”

Three days before her death she posted her final cryptic tweet.

I feel it everywhere, nothing scares me anymore 🌙 pic.twitter.com/oi4QMoBVgj

Confessions of a Side Girl (2) available today❤️

The 20-year-old Olivia Nova was found dead on January 10 after a UTI infection turned into deadly sepsis.

Yuri Luv, aged 31, died of a drug overdose in mid-December 2017. Just a day before her death she posted a photo on Instagram with a mysterious caption that read “Bye Felicia,” prompting suspicions that she killed herself due to some sort of persecution.

In December 2017, August Ames committed suicide after being bullied on social media for refusing to shoot a scene with gay male  actor out of health concerns.