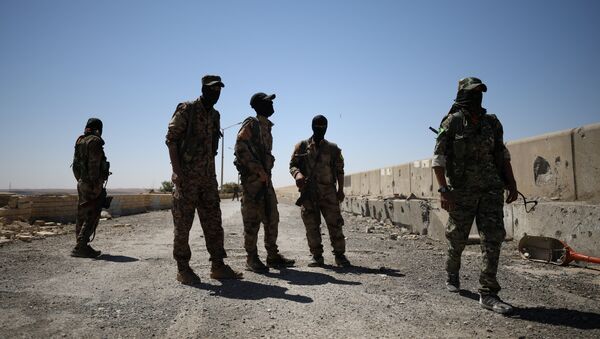 © REUTERS / Rodi Said
Subscribe
International
India
Africa
WASHINGTON (Sputnik) - Al-Masdar News on Monday reported that the United States had provided MANPADS to Kurdish forces near the northwestern Syrian town of Afrin earlier this month under an agreement between Washington and the People's Protection Units (YPG), a mostly Kurdish militia that makes up the bulk of SDF forces.

US Sends MANPADS to Syrian Kurds as Part of Secret Deal - Reports
On Saturday, the Defense Post news website reported that the US-led coalition was training a 30,000-strong force on Syrian territory controlled by the SDF to maintain border security.

SDF Spokesman: 'US Is Positive About the Idea of a Federal Syria'
The US-led coalition of more than 70 members is conducting military operations against the Daesh terror group in Syria that are not authorized by the government of President Bashar Assad or the United Nations Security Council.