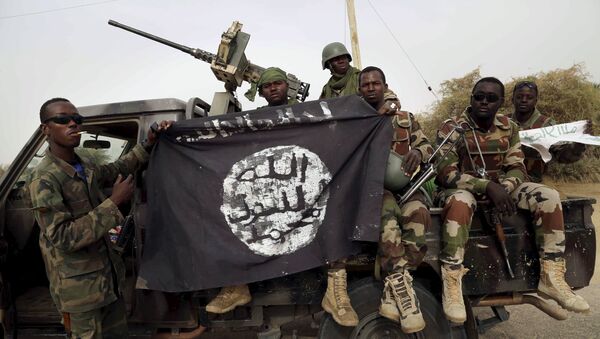 The incident took place in Pallam Village in Adamawa State, just a few miles from the border between Nigeria and neighboring Cameroon. Local official Yusuf Mohammed reported that Boko Haram rode into the village aboard motorcycles late at night, opening fire on the town's residents. Two were killed and another two injured by gunfire and the militants also reportedly burned one man alive.

The militants were then drawn into a firefight with soldiers and armed locals.

"Five [civilians] fell victim to the attack: three were killed and two were critically injured and taken to hospital," said Maina Ularamu, a local government official, to News 24. Two militants were killed in the ensuing gunfight, for a total of five dead.

National lawmaker Adamu Kamale added that several animals were also killed in the violence. "The attack, according to my constituents who briefed me about it, led to the killing of several people and livestock. Many houses were also burnt while at least nine people are believed to have been abducted by the terrorists," Kamale told the Anadolu News Agency.

He added that several nearby villages had also been attacked by Boko Haram recently.

David Maigrai, who witnessed the attack, claimed that Boko Haram "burnt several shops and many homes. They also stole food. On their way out of the village, they ran into a group of vigilantes on patrol in Kuda village, who engaged them in a shootout, killing two of the attackers."

Adamawa police spokesman Othman Abubakar said that security agents were in pursuit of other suspected terrorists who were involved in the attack.

Terrorist attacks are frequent in the area, and for a period of time in 2014 Boko Haram controlled Pallam Village and the nearby town of Madagali. They were forced out of Madagali, and Adamawa State altogether, by Nigerian forces in 2015.

Although Boko Haram no longer controls territory in Adamawa State, they maintain a stronghold in the Sambisa Forest in neighboring Borno state.

"There is no doubt the attackers came from Sambisa," said Ularamu. "We experience such periodic attacks from Boko Haram, who usually look for food."

An estimated 20,000 people have been killed and 2.4 million displaced during Boko Haram's nine-year insurgency, with the group's peak coming in 2013 and 2014. Nigerian leaders claimed victory over the group at the end of 2015, but the militant group continues to harry and terrorize local populations with hit-and-run attacks.