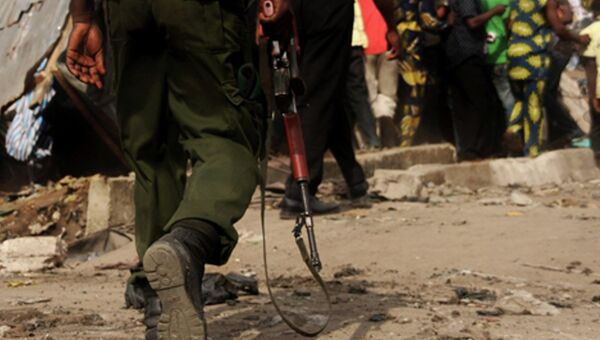 © Flickr / Kunle Ogunfuyi
Subscribe
While Nigerian President Muhammadu Buhari recently announced that the terrorist group has been defeated, a recent video made by one of the organization's leaders suggests otherwise.

Abubakar Shekau, one of Boko Haram's leading figures, has published footage in which he claimed that the terrorist group carried out several attacks in Nigeria's north-eastern regions during the Christmas season, according to the Guardian.

"We carried out the attacks in Maiduguri, in Gamboru, in Damboa. We carried out all these attacks," Shekay said in the video released on Tuesday.

The move came a day after the Nigerian president announced that the militants had been defeated.

"We are in good health and nothing has happened to us," Shekau said. "Nigerian troops, police and those creating mischief against us can't do anything against us, and you will gain nothing."

The incident occurred on Monday near the town of Omoku where the gunmen opened fire indiscriminately at people returning from the church.

No terror group has so far claimed responsibility for the attack.

The situation in Nigeria remains unstable due to the activities of the militant Islamist group Boko Haram, which has caused mayhem in the African country through dozens of bombings, armed attacks and abductions.

The group seeks to overthrow the country's government which it considers "infidel" and to establish an Islamic state. The members of the organization adhere to a radical version of Islam and believe that voting in elections, obtaining secular education or participating in any political activity associated with Western society are "sinful" and thus must be forbidden.

The group, which has been active in Nigeria since 2009, has pledged allegiance to the Daesh terror group, which is outlawed in Russia. Along with Nigeria, Niger, Cameroon and Chad are also engaged in military operations to fight the Boko Haram terrorists.