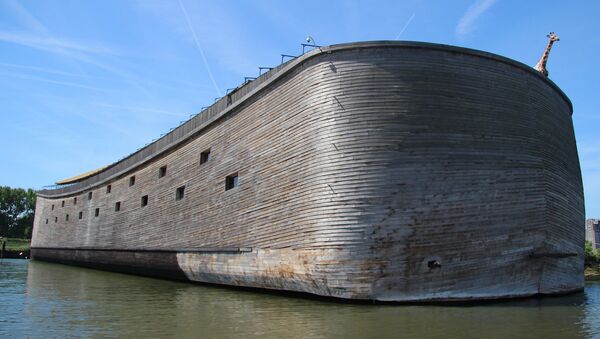 CC BY-SA 2.0 / bertknot / ark of noah
Subscribe
A Turkish scientist has made a startling revelation about advanced technologies that apparently existed in antediluvian times, including ships made of steel, unmanned aircraft and cellular networks.

During a show on Turkey's TRT TV channel, Dr Yavuz Ornek of Istanbul University's Faculty of Marine Sciences declared that Noah, who famously built an Ark to survive a great civilization-destroying flood, took a cell phone with him on the vessel.

The academic said that Noah actually attempted to call one of his sons, who did not believe in the impending deluge, via the cell phone to try and persuade him to come to the safety of the ship.

​According to Ornek, the antediluvian people had access to technologies "more advanced than the ones we use today." For example, he claimed that Noah’s Ark was made of steel, not wood, and used a nuclear power unit for propulsion. Noah also allegedly launched a UAV instead of a dove to determine whether the floodwaters had receded.

"You see, why would you send a pigeon when there are advanced technologies available?" the scientist replied, when the show's host asked him whether there was any scientific evidence supporting Ornek’s claims.

Ornek also claimed that Noah’s son used a flying vehicle for transportation and that instead of animals Noah brought samples of animal sperm and eggs aboard his ark.