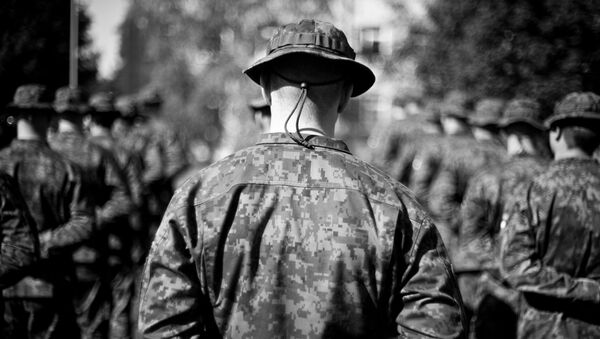 CC0 / /
Subscribe
One in five employees of Finland's Armed Forces has admitted to having faced sexual harassment while on the job in a survey carried out to continue the conversation about sexual abuse and ways of reducing it.

Over 17 percent of the 800 Finnish Defense workers queried about on-the-job harassment said they had experienced sexual harassment "at least once" or "sometimes," the Turun Sanomat daily reported.

The survey included inappropriate speech and unwanted physical contact among types of harassment, which according to Finnish Defense Forces online communications chief Anna Lind accounted for the exceptionally high figure. At the same time, the Defense Forces underscored that the survey carried out by pollster Lännen Media was not a comprehensive study, but rather a mere poll meant to highlight the importance of combatting sexual harassment at work.

"We feel that discussing and defining appropriate and inappropriate behaviors is a good way to raise awareness of the topic and will help people function properly in everyday life," Lind said.

"We have an equality plan. Gender equality lessons are held, and managers are given special training on this subject. We try to achieve equality and do not accept any forms of sexual harassment," Karhuvaara told the Kaleva newspaper.

An overwhelming majority, or 77 percent, rejected the idea of having experienced sexual harassment in the armed forces. At the same time, however, another 6 percent admitted to having trouble with recognizing the signs of harassment.

The survey did not differentiate the respondents by gender. At present, though, the Finnish Defense Forces employ some 12,000 people, of which only 2,600 are women. An internal November survey revealed that every fourth women serving in the armed forces had been subjected to sexual harassment.

A previous poll by Taloustutkimus revealed that eight out of ten Finnish women had experienced sexual harassment at least once in their lives, with half of the respondents aged 18-24 claiming to have been harassed in the past year. At the same time, 16 percent of men polled admitted to committing harassment, with the figure being slightly higher in the 18-24 age bracket.

Sweden's Sex Laws Earn It 'Most Unromantic Country' Moniker by German Media
An overwhelming majority of the respondents, 98 percent of men and 96 percent of women, condemned unwanted touching, while 90 percent of women and 67 percent of men argued that obscene suggestions and hints also constituted harassment, Finnish national broadcaster Yle reported.

The survey also showed, however, that over half of Finns believe sexual harassment can occur by mistake, a view particularly prevalent among young people.

Although women are the primary targets of sexual abuse, the percentage of Finnish men reporting harassment to the police has risen to 7 percent in 2017, Yle reported.