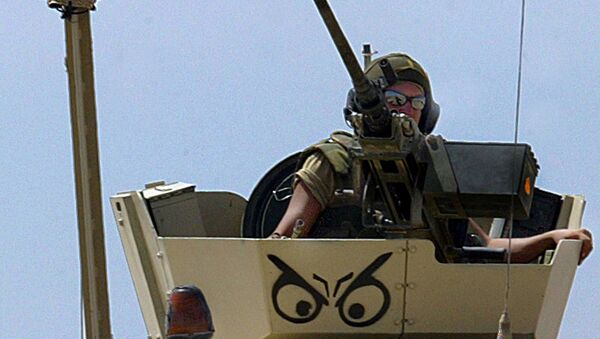 Bullying disguised as coarse language, coupled with fleshy gags, is detrimental for the armed forces' spirit and morale, a study by the Norwegian Defense Research Institute (FFI) found.

"You cannot defuse bullying by simply disguising is as humor," humor researcher Sven Svebak, a professor of medicine at the Norwegian University of Science and Technology (NTNU), told national broadcaster NRK.

An anonymous former soldier told NRK that it is not uncommon to defend annoying pranks or offhand jokes by saying, "Just kidding," which Svebak called a "cowardly strategy," especially when the comment was deliberately meant to be offensive.

"Hereby you are driving the mobbing to the next level of potency by implying that the counterpart does not only tolerate too little but also lacks the sense of humor as well. This is unsavory," Svebak said.

#Men Too! Both Genders 'Equally Prone' to Sexual Harassment
To counter this disguised bullying, Svebak supports the idea of arranging lectures on humor to draw a line between the acceptable and the disrespectful. When used appropriately, humor can be uplifting and motivational for soldiers, whereas when used incorrectly, it can weaken the defense capacity in battle, Svebak argued.

"A commander with the ability to forge relationships through a friendly sense of humor becomes more appreciated by the crew. Those who opt for a more divisive or aggressive sort of humor incite less motivation, especially when soldiers are heading into dangerous missions," Svebak said.

​Norwegian Armed Forces speaker Lieutenant Colonel Ole Johan Skogmo said the defense forces have focused on ethics and attitudes in various education courses and pledged to assess the necessity of changing the education routines. Skogmo agreed, however, that the wrong use of humor by commanding officers may destabilize the defense ability by breaking their sense of unity in battle.

"It's a matter of life and death. During challenging and difficult times, it may be liberating to have a good laugh in the team. Offensive humor is not welcome anywhere, though, not least in the armed forces," Skogmo said.

At Ease, Ladies! Norway Discovers Women Undermine Army's Fighting Ability
Svebak pointed out two prerequisites for humor to reach its goal: the joker and the recipient must know each other and be on friendly terms.

"To protect yourself from being perceived as rude, you shouldn't joke around with people you do not know or you do not like," Svenak pointed out.

One-fifth of the Norwegian ladies who left the army chose to do so to avoid harassment and "macho culture," the FFI stated earlier this year. Harassment in the army was also reported to be three times more common than in other trades, NRK informed.

"It was used as a fun thing all the time. Every single day. 'Watch out, boys, now she's going to be mad, she is on her period,'" 21-year-old Lisa told NRK as an illustration why she was forced to give up on her dream of pursuing a military career.

000000
Popular comments
so the norwegians want to make their soldiery pc? Maybe they envisage war as the two sides being entrenched telling jokes at each other (pc ones at that)
michael
28 December 2017, 01:31 GMT
000000
Newsfeed
0
New firstOld first
loader
LIVE
Заголовок открываемого материала
Access to the chat has been blocked for violating the rules . You will be able to participate again through:∞. If you do not agree with the blocking, please use the feedback form
The discussion is closed. You can participate in the discussion within 24 hours after the publication of the article.
To participate in the discussion
log in or register
loader
Chats
Заголовок открываемого материала
Worldwide
InternationalEnglishEnglishMundoEspañolSpanish
Europe
DeutschlandDeutschGermanFranceFrançaisFrenchΕλλάδαΕλληνικάGreekItaliaItalianoItalianČeská republikaČeštinaCzechPolskaPolskiPolishСрбиjаСрпскиSerbianLatvijaLatviešuLatvianLietuvaLietuviųLithuanianMoldovaMoldoveneascăMoldavianБеларусьБеларускiBelarusian
Transcaucasia
ԱրմենիաՀայերենArmenianАҧсныАҧсышәалаAbkhazХуссар ИрыстонИронауОssetianსაქართველოქართულიGeorgianAzərbaycanАzərbaycancaAzerbaijani
Middle East
Sputnik عربيArabicArabicTürkiyeTürkçeTurkishSputnik ایرانPersianPersianSputnik افغانستانDariDari
Central Asia
ҚазақстанҚазақ тіліKazakhКыргызстанКыргызчаKyrgyzOʻzbekistonЎзбекчаUzbekТоҷикистонТоҷикӣTajik
East & Southeast Asia
Việt NamTiếng ViệtVietnamese日本日本語Japanese中国中文Chinese
South America
BrasilPortuguêsPortuguese
NewsfeedBreaking
01:15 GMTPandemic Will End When World Chooses to End It, WHO Chief Says
YesterdayJamie Lynn Spears Says Parents Pressured Her to Get an Abortion to Maintain Her Career
YesterdayFriends Alum James Michael Tyler Dead After Battle With Prostate Cancer Battle
YesterdayMeghan McCain Thanks Trump for Publicity After 45's Scathing Statement Against Her Late Father
YesterdaySmoke in the Cabin Forces American Airlines Flight to Make an Emergency Landing
YesterdayColombia Getting Ready to Extradite Most Wanted Drug Dealer Otoniel to US - Minister
YesterdayQatar Frustrated About Lack of Response From US to Request for Drone Sale - Reports
YesterdayMax Verstappen Wins US Formula One Grand Prix, Lewis Hamilton Finishes Second
YesterdayOld Trafford Has Fallen: Liverpool Desecrate Manchester United on Hallowed Ground
Yesterday'Cyclone Bomb': Weather Forecasters Say US West Coast Should Brace For Huge Subzero Storm
YesterdayTehran Vows Israel Will Suffer 'Thousands of Billions' of Dollars in Damage if It Dares Attack Iran
Yesterday'Greedy, Extremely Selfish' Mo Salah Branded 'Best Player in the World This Season'
YesterdayBiden Administration Reportedly Set to Roll Out Tax Targeting 0.0002% Wealthiest Americans
YesterdayPolice Presence in Nottingham Bolstered Following Wave of Spiking Reports, Says Media
YesterdayLiverpool Beats Manchester United 5:0 in Premier League
Yesterday'Extremely Concerning': China-Bhutan MoU Could 'Spell Disaster' For India, Warns Congress Party
Yesterday'What's He Trying to Say?': Snowden's Tweet in Russian With Soviet Poster Puzzles Netizens
YesterdayWatch Syrian Troops Block US Military Convoy, Force It to Turn Around
YesterdayEd Sheeran Tests Positive for COVID, Will Do Planned Performances From Home
YesterdayOpening Ceremony of World Health Summit 2021 Takes Place in Berlin