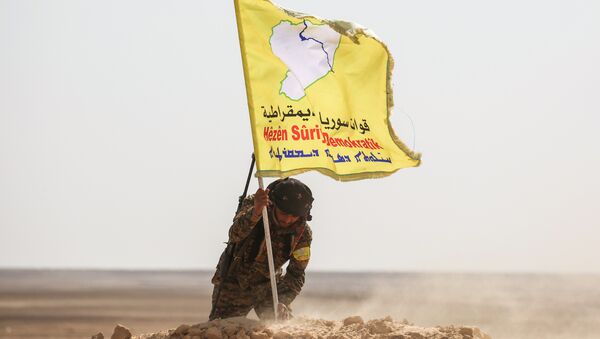 © AFP 2022 / DELIL SOULEIMAN
Subscribe
An unnamed senior Western official told the Asharq Al-Awsat newspaper that the plans are part of a new strategy for Syria currently being drafted by the Trump administration.

The 28,000 square km territory, controlled by the Syrian Democratic Forces, a collection of predominantly Kurdish militias including the YPG People's Protection Units, took its first step toward US recognition after US Defense Secretary Jim Mattis promised to send US diplomats to SDF-controlled areas to work alongside US troops operating in the region, the official said. 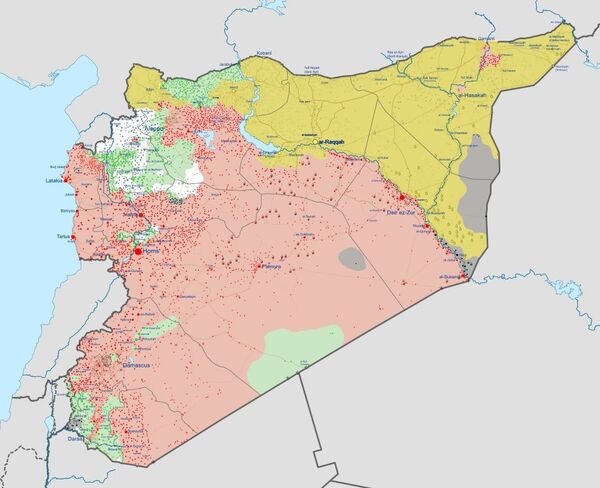 According to the official, US initiatives in the region include empowering local councils, backing reconstruction efforts, assisting in training of government agency workers, improving public services and infrastructure, protecting SDF areas and engaging in the upkeep of military bases, all of which will eventually lead to diplomatic recognition.

Senior French Daesh Recruiter Found in Kurdish Refugee Camp in Syria - Reports
Last week, it was reported that a new 'North Syrian Army' which included SDF formations and backed by the US-led coalition, was being created to carry out 'border security duties' in territories under their control. Local media said that the militias would guard areas along the region's northern border with Turkey.

The US and its coalition allies are expected to provide the new force with technical assistance, weapons and training.

Kurdish forces have been in control over the de facto autonomous region commonly known as Rojava since 2013 amid the civil conflict in Syria. During the war against Daesh and other terrorist groups, Syrian Army units have mostly engaged in pragmatic cooperation with Kurdish forces. In September 2017, Syrian Foreign Minister Walid Muallem said Damascus would consider granting the Kurds greater autonomy once the war against the terrorists was over.

At the same time, Damascus has voiced its opposition to the US presence and operations on Syrian territory, including Rojava, saying that it does not accord with the principles of international law, including respect for Syria's territorial integrity. The Syrian government has insisted that US operations inside Syria are illegal, since they were never invited into the country by Damascus.