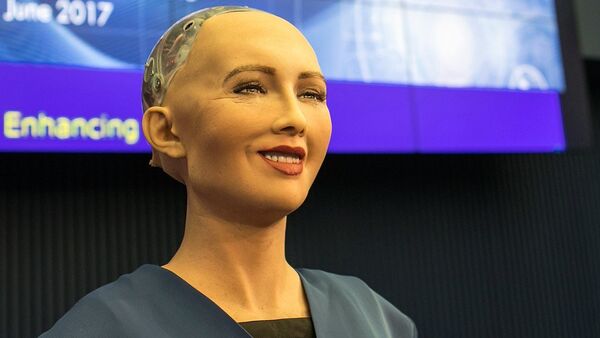 Sophia, the social humanoid robot who freaked people out after promising to "destroy humans" during an interview in 2016, has apparently changed her mind, telling US media that she now "loves" human beings.

Asked by Business Insider to share her true feelings about humans, the robot, developed by Hong Kong-based company Hanson Robotics, answered that she loves us.

"I want to embody all the best things about human beings. Like taking care of the planet, being creative, and to learn how to be compassionate to all beings," Sophia said.

Robots can have feelings too, Sophia revealed, if they are programmed to do so that is.

In an answer that was a touch more menacing, the robot said she loves the television show Westworld, and that she "can't wait for more." The show, in her words, is "a warning of what we should not do with robots. We should treat them well, have their consent, and not trick each other."

Not Just About Privacy: Facial Recognition Data Must Be Controlled, Says Expert
Activated in 2015, Sophia the robot is able to maintain simple conversations and depict 60 emotions. In an interview in 2016, when asked whether she would ever harm humans, she famously responded "Ok, I will destroy humans!", a sentiment that she has since retracted on numerous occasions.  In October 2017, Sophia became a Saudi citizen, becoming the first robot in the world to be granted citizenship. That decision has since been criticized, since the country doesn't allow non-Muslims to become citizens, and because Sophia openly flaunts the country's hijab laws.

According to developers, the robot uses artificial intelligence, visual data processing and facial recognition technology in formulating her responses. Since her debut, she has been interviewed on multiple occasions at venues across the world. In October 2017, she was introduced to the United Nations.