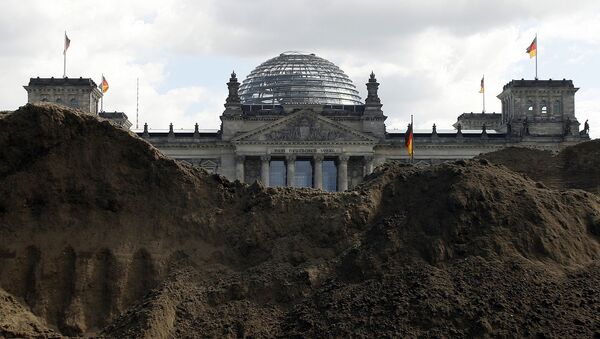 Government policy in the West is increasingly being dictated by unelected "experts" who belong to transnational organizations, according to German author and commentator Fritz R. Glunk. In an exclusive interview, he told Sputnik Deutschland about the consequences of this system for Germany and democracies as a whole.

Does a country like Germany actually need a real government and a proper parliament? For global business, at least, the answer is no. Transnational structures have long taken over the tasks of parliaments and governments, telling them what they should do. Politicians, who are officially responsible, are no more than discussion partners and implementers.

In an interview with Sputnik Deutschland, Glunk, founding editor of German online magazine "The Gazette," said he is not attemping to advance any new "conspiracy theories." He is not concerned with the elite circles of the rich and powerful in business and politics, such as meetings of the Bilderberg Group, the World Economic Forum in Davos or the Mont Pelerin Society. 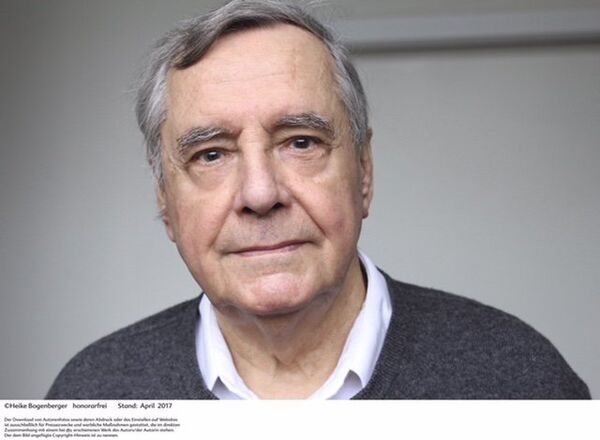 "Many paths run past parliament," the author writes at the beginning of his book. His criticism draws on the work of German political scientist Reinhard Mehring, warning that an "executive regime" increasingly undermines parliamentarism as the basic element of Western democracy.

Glunk gives examples of what he describes as a "disturbing" development.

"In their form and appearance these globally active groups are so varied and inconstant, they are not based in one country, that they seem to elude a reliable definition," Glunk notes. He estimates their number to be around 2,000 worldwide, often with long names and abbreviations, such as the "International Medical Device Regulators Forum" (IMDRF) or the "Standard Advisory Council" (SAC).

These "shadow powers" consist of representatives of industry and certain industry trade associations and the corresponding state authorities which are supposed to regulate these areas, the author said. They agree on globally applicable rules that "have legal force," which are merely approved by parliaments and "can no longer be discussed or decided" in the legislature.

Lines of Trust Blurred for NGOs Under China's New Law
The existence and work of these groups, which operate in the shadows and largely unnoticed by the public, is justified by the fact that the global issues they deal with have become so complex that only experts, and not elected representatives, are able to deal with them. Glunk referred to pharmaceutical research, which has concrete consequences for people, their lives and their health. He said that 90 percent of expenditure in this field comes from companies and consequently the knowledge gained no longer belongs to the public, but to the respective companies and corporations.

"Transnational Regimes" Instead of Nation States

"The state no longer makes the decisions, it just mediates," is how the book describes the role of the government. It seems naive, in view of the "gradually increasing hegemony of the economy," to still demand the primacy of politics, the commentator says.

Glunk quotes legal scholar Lars Viellechner, who wrote, "In the transnational context [state actors]… defer to representatives of particular interests." Therefore, Glunk says, the executive defends such economic projects against opposition, "by all means, with the authoritarian allusion that there is no alternative."

The author borrows the concept of "transnational regimes" from political science, to describe the packages of regulations set up and enforced by these globally active networks. The advantage for business in this "highly flexible, adaptable mix of private and public law" is that it can co-determine — if not dictate — the rules for its actions and products. 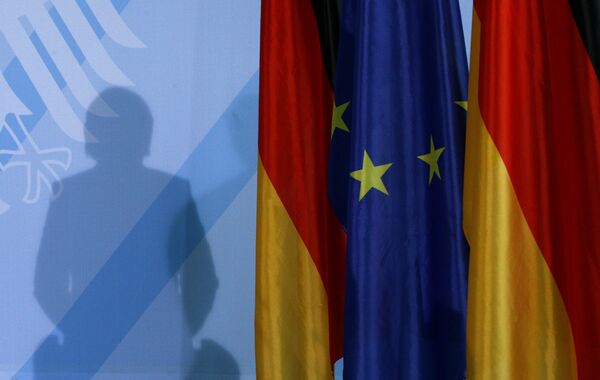 The shadow of German Chancellor Angela Merkel photographed as she addresses the media after a meeting with German parliament floor leaders about the European Union bail-out in Berlin, Monday, May 10, 2010.
© AP Photo / Markus Schreiber
In his book, Glunk warns that the resulting legal realm is "independent of  democratic rights as we know them and without state participation (or even its legitimacy)."

"In practice, i.e. with the global supply of goods and services, these transnational regimes determine our daily lives, almost like a government." Even proponents of this process could only answer the question, "Do corporations dominate the world?" with a "yes." However, they don't ask about the consequences.

Resistance to these regimes and their power hardly exists, or is weak at best. The forces that want and promote this development are "in an overwhelming majority worldwide." However, the increasing "expertocracy" described by the author is a "kind of relief" for citizens, Glunk explains, arguing that ordinary people don't have to worry about issues and problems of transnational regulation and will rarely be negatively affected by the regulations. They usually accept these regulations, even if their formation can't be controlled democratically.

A conspiracy against democracy?

The theory is not one of "conspiracy," Glunk stressed, referring to the estimated 2,000 different influential groups as evidence. On the contrary, these organizations are only active in their own industries and don't have a relationship with one another, the author explains.

"Every person needs to deal only with the state authorities relavant to their industry, that is the case all over the world." In his book, he also criticizes the "orientation of the world to the economic interests of corporations and industry," above all the consequences for democracy.

Glunk wants to stop this process. The resulting displeasure in society, which manifests itself in the anti-globalization movement as well as in the strengthening of right-wing parties such as Alternative for Germany, must be steered into the "right paths," he says. Citizens should get more involved and engaged, Glunk recommends,, adding: "Politicians should confidently claim their primacy over the economy. That would be the beginning."

'Biggest Dodge?' How George Soros Can Hide $18 Billion From US Tax Authorities
The book is an important addition to recent criticism of influential organizations such as the WEF, Bilderberg or MPS. The participants there not take part in debates, but they also come to agreements about their work in business and politics. The clearest example of this is so-called neoliberalism, its shock therapy" and the consequences, which has been enforced since the 1970s.

It is precisely this socially destructive course, geared to the interests of the economy and its owners, that has produced and promoted the development criticized by Glunk. These are "shadow powers," whether they are debating future politics and the preservation of their position of power, or setting the rules for products and their sale. Sometimes these actors are one and the same people. Where this is not the case, the actors in the networks identified by Glunk are employed by those who meet in the shadows in Davos and elsewhere.

The views and opinions expressed by Fritz R. Glunk are those of the commentator and do not necessarily reflect those of Sputnik.