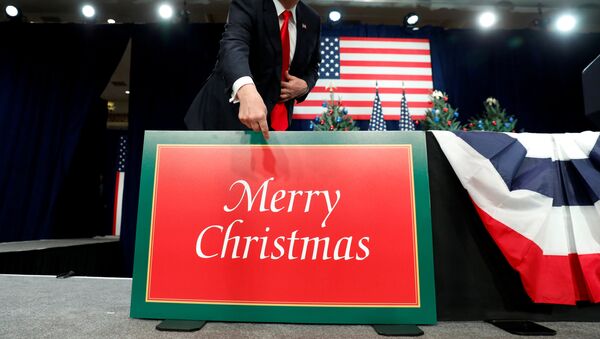 The recently adopted tax reform package includes a provision which significantly lowers excise taxes for US craft brewers and small-time distilleries, allowing these companies to increase production, step-up hiring, and bring down the price of alcohol.

Kristian Rouz – The US alcohol industry is – quite unexpectedly – one of the biggest beneficiaries of Republican fiscal reform due to a minor provision in the tax bill signed into law by President Trump Friday.

The US alcohol industry struggled amid strict regulations and high tax levels for years, resulting in low profitability for small-and-medium-sized breweries, hard cider producers, and producers of specialty drinks. However, fiscal reform provides a relief to smaller spirits makers, along with other Main Street businesses.

Science & Tech
Merry Christmas, You’re Fired: AT&T Lays Off 1400 After Trump Tax Breaks
According to Part IX, Sections 13801-13808 of the bill, excise taxes on liquor made by small distilleries fall dramatically. This is poised to bring down alcohol prices, as well as encourage higher spending on workforces and equipment by small alcohol producers. As a result, US liquor output is projected to increase.

"This is a monumental day for small and independent craft brewers.  America's small, Main Street brewers – 6,000 strong and located in every state and virtually every congressional district in the country – are incredibly pleased Congress has recognized that they have great growth potential,” Bob Pease, president and CEO of Brewers Association said.

The provision was originally proposed by Oregon Senator Ron Wyden, a Democrat, and backed by 53 other Senators and 303 Representatives as “The Craft Beverage Modernization and Tax Reform Act.” 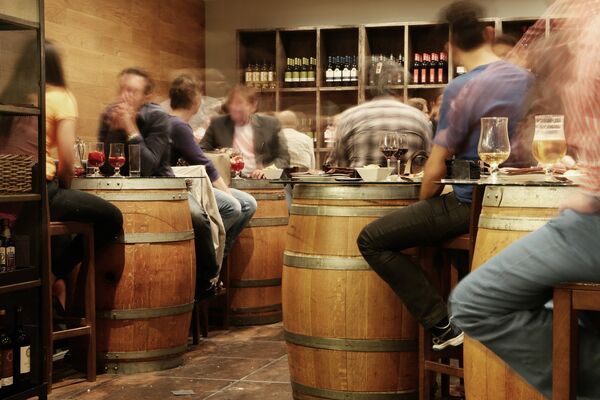 These lawmakers don't necessarily imbibe, but they seem to have gotten the basic law of economics right – at least, with respect to the alcohol market.
Excise taxes make up a significant share of fiscal revenues in the majority of advanced economies, and a lower excise tax is poised to boost the expansion of the taxable base in the near-term – as consumer demand for alcohol is always high, regardless of the macroeconomic fundamentals.

"It’s huge,” Jay Sykes, co-owner of Staten Island’s Flagship Brewing, said. “For us, it cuts our tax burden in half. Merry Christmas!"

It's no wonder this provision received overwhelming support across the aisle – while Democrats were in denial of the Laffer Curve rule regarding the broader US economy, they could instantly see the benefits that lower alcohol taxes would provide to liquor producers.

According to the new rules, small distillers will now pay a $2.70-per-gallon in federal excise taxes on the first 100,000 gallons they sell, and $13.34 per gallon after that volume. This excise tax applies to producers of gin, vodka, bourbon, and whiskey.

US Senate Approves Trump's Tax Code Bill
Breweries will pay $3.50 per baller to the federal government on the first 60,000 they produce per year (compared to the previous excise tax of $7 per gallon). This rate applies to craft beer makers and beer pubs.

No wonder small beer producers are increasingly interested in selling – meaning the price of beer is expected to go down.

"For us, we’ll try to roll it into selling more, maybe get another sales rep into the market,” Sykes of Flagship Brewing said. “And we’ll be able to offset some of the health care costs for our employees."

Small alcohol producers were a rapidly growing market segment under the previous administration as well, defying tepid overall GDP growth, and neglecting the stagnation in wages, which had hampered the disposable incomes of US households for decades. Alcohol meets rife demand during a recession, stagnation and an economic boom.

According to a report from Nielsen, sales of craft beer alone amounted to $4.8 bln between January 2016 and January 2017. Now sales are expected to explode.

Lower excise taxes provide small producers with additional resources, allowing them not only to boost output and hiring, but also to experiment and explore new opportunities.