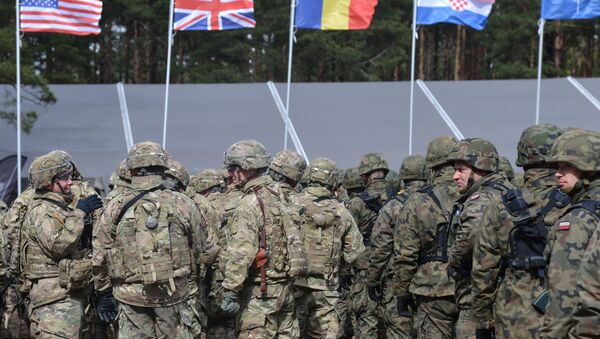 John Wight
All materials
NATO's expansion eastwards in the wake of the Soviet Union's demise is the West's original sin, reflective of an agenda of domination and intimidation rather than peace and stability, much less democracy. It is proof that for Western ideologues the Cold War never ended.

Based on declassified documents, a report by the Washington-based independent research institute, the National Security Archive, confirms what many of us already knew — namely that during the negotiations with the Soviet government, led by Mikhail Gorbachev, that were undertaken as part of the process of bringing the Cold War to an end, categorical assurances were given by Western governments, led by Washington, that upon the reunification of Germany there would be no attempt to expand NATO eastwards towards Russia's borders.

In fact, according to the National Security Archive report, a "cascade of assurances" were given in this regard, with then US Secretary of State James Baker going as far as to state that NATO would expand "not one inch eastward" in a meeting with Gorbachev on 9 February 1990. Indeed it was only as a result of this assurance that Gorbachev and the Soviet leadership was prepared to accept German reunification, given its ramifications for the country's security in a period of deep political and economic turmoil. 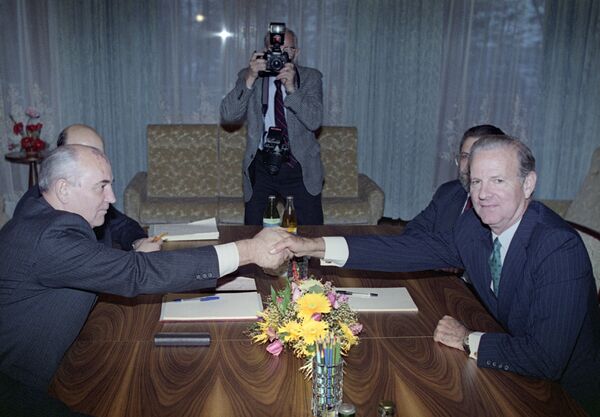 Before this meeting, in January 1990, West Germany's foreign minister, Hans-Dietrich Genscher, gave a speech in the Bavarian town of Tutzing, during which he proclaimed that there would "not be an expansion of NATO territory to the east."

What are the 'Ingredients' of a New Cold War?
From a 2009 Der Spiegel article, we learn that Genscher gave this assurance to end the uncertainty that had arisen over the question of whether or not a unified Germany could become a member of NATO, doing so as part of the post-Cold War settlement between the former Soviet Union and the West. Genscher gave the same assurance during a phone conversation with Soviet foreign minister Eduard Shevardnadze, the following month, telling him, "We are aware that NATO membership for a unified Germany raises complicated questions. For us, however, one thing is certain: NATO will not expand to the east."

The reason this history is so important today, almost three decades on, is that it sheds light on the real cause of the current tensions and mistrust that exist in relations between Russia and the West. It also helps us understand the root cause of the 2014 crisis that engulfed Ukraine, when a coup in Kiev supported by the West succeeded in toppling the democratically elected government of Viktor Yanukovych, thus setting in train a bitter civil conflict in the country and the decision of the people of Crimea, in a referendum, to reunite with Russia as part of the Russian Federation.

EXCLUSIVE: German Book Author Says 'Mr. Putin's Geopolitics Is Predictable'
The Western narrative of the crisis in Ukraine is that it was caused by 'Russian aggression.' This is false. The crisis was caused by the US' and its allies' attempt to pave the way for the further expansion of NATO east, using Ukraine as a cat's paw. The same objective had previously been tried in 2008, using the former Soviet republic of Georgia, led at the time by the hapless Mikheil Saakashvili, like a cat's paw. It led to a brief military conflict, yet clearly, the lessons were not learned; or at least the right lessons were not learned.

Since the demise of the Soviet Union in 1991, ten former Warsaw Pact countries have joined NATO. And just to illustrate that this is no benign peace-loving organization we're describing, since 1991 NATO has spearheaded the break-up and destruction of Yugoslavia, the destruction of Libya, and has been the vanguard of Western imperial power in Afghanistan. Meanwhile, and most recently, NATO troops have engaged in regular military exercises in proximity to Russia's western border, in what can only be considered an unconscionable provocation and barrier to the normalization of relations.

In his book, 'Frontline Ukraine,' Professor of Russian and European Politics, Richard Sakwa, makes the point that "the US war party is reinforced by the former Soviet bloc members in the EU and NATO." Among them is a "group of militantly revanchist powers, with Lithuania and Poland in the van, for whom Russia's strategic expurgation from the map of Europe would barely be enough."

Libya in 2017 Is Home to the Slave Trade... Yes, You Read That Right
In what counts as an exercise in Orwellian doublespeak, NATO describes itself as an organization committed to "the peaceful resolution of disputes." The Serbian, Afghan and Libyan people know better, as does anyone with a grasp of history.

NATO is the pristine embodiment of might is right, part of the architecture of the Roman Empire of our day. As such, it is a barrier to peace and an impediment to democracy.