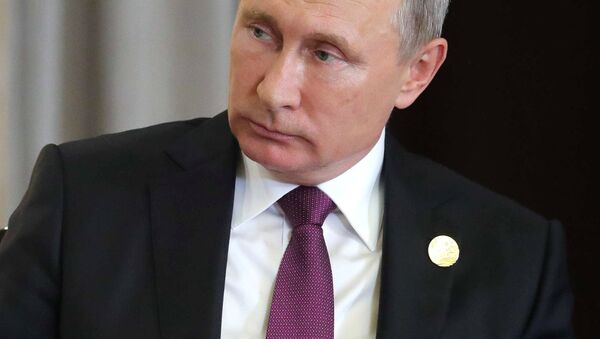 Gabriele Krone-Schmalz, who worked in Russia as a correspondent during the perestroika era, is considered one of the leading German experts on Russian politics. In an interview with Sputnik, she presents her new book "Ice Age: How Russia is Demonized and Why It is So Dangerous" and shares her opinion about conflict between Moscow and the West.

Professor Dr. Krone-Schmalz, the world is nowadays becoming increasingly complex, yet we finally seem to have something to rely on: the good old enemy — Russia. When something bad happens in the world, it does not take long to say: blame the Russians. Is it time for us to get anxious or is it better to just laugh about it?

It's too dangerous to laugh because too much depends on it. One has to get anxious because the world is not that simple. Wrong assumptions lead to wrong decisions. In business, wrong decisions cost money, and in politics — the price sometimes is peace.

Those who have experienced war slowly pass away. And it seems to me that the consciousness for fragility, for peace is also vanishing. But this should always be the top priority, and one should not start an escalation spiral so thoughtlessly.

The interesting phenomenon is that despite the existence of a broad united front against Russia in the media, ordinary people are still not convinced that Russia is evil per se. How do you explain this discrepancy?

I also noticed this during various conversations. The majority of people in Russia and in Germany strive for peace and good relationships. Unfortunately, this is not reflected in the mainstream media and political statements. I am surprised that such a term as "understanding" has become a swear-word. "To understand" does not mean to find everything another person does all right. But it means to take something into account and to take one's actions on this basis. So you have to understand Russian interests first to respond to them within the framework of Western policy.

In my work, I try to consider both sides, sometimes I change my perspective, namely to analyze Russian interests. If the mere taking of this other perspective into account, in order to understand and explain it, is from the very beginning labelled by society as cronyism, then the people who want good relations should have the right to appeal to democracy and rely on it.

"Kremlin experts" like speculating about the fact that Vladimir Putin takes many things personally and reacts accordingly. If Putin were indeed as sensitive as, for example, his Turkish colleague Recep Tayyip Erdogan, then he would have sued the Western media for slander on a daily basis. It seems to me that the Russian president still has a relatively moderate approach. What do you think about that?

Well, if there is anything predictable, then it is Mr. Putin's absolutely coolly calculated strategic geopolitics. One could have known everything in advance, including many of the events that took place in Ukraine. Ahead of the EU Association Agreement with Ukraine, Western decision makers had strongly suggested that Brussels, Moscow and Kiev should sit down at the negotiation table together. But sadly, they were outnumbered.

Unfortunately, many high-ranking politicians express themselves differently in front of a microphone or a camera rather than in personal conversation. When individuals in a society can be very proud of external freedom, but the internal freedom is no longer there, because they are afraid of being executed by media, their own party or by their political opponent or partner, then the situation with freedom leaves much to be desired. I am striving for informed discussions. They can also be very intense, but at the same time aimed at spreading detente.

Informed means based on facts. But there seem to be two truths here as well, for instance, if we use such notions as coup or revolt in terms of the power change in Kiev. The same applies to terms "incorporation" or "annexation" of Crimea. Or an older example: until now, the entire West thinks that Russia started the Georgia war in 2008. How can it be that there are two truths and each side vehemently believes only in its own version?

Things are just needed to be repeated often enough to stick. At that time, one could have already been aware of the fact that it was Georgia that started the war and not Russia, but this information was not communicated. So, when people argue today that Russia (and — in cases when there are some doubts — Putin personally), is trying to gain control over Poland and the Baltic states, as it allegedly was in the case of Georgia, we see what happens when conclusions are drawn on the basis of false assumptions.

Mrs. Krone-Schmalz, where do you see Ukraine in 10 years? In the EU? In the NATO?

I don't want to speculate about the future, but I would want Ukraine not to go down in history as a bone of contention between West and East, but as rather a hinge joint between them. But it does not look like it at the moment.

What would be a win-win situation for all parties? I mean, the EU, in fact, would only benefit from cooperation with Russia, especially in the field of trade and security. Why hasn't it come to that?

It is obvious that cooperation between the EU, on the one hand, and Russia and the Eurasian Economic Union, on the other, would be more than a win-win. That would be, of course, in the interest of the EU and Russia, but not in interest of the US. And that has nothing to do with conspiracy theories. Even American experts have confirmed that a united Eurasia could be dangerous to the US. This also explains the US vehement interest in the EU's sanctions against Russia. Of course, within the EU, the interests are different, too; especially between the new and the old EU members. However, when the views of the Baltic States, Poland and some other countries determine EU policy, then it is a poisoned atmosphere, which a peace policy can't be built within.

And what about Russia? Let's look at what we are able to do: manipulate the elections in global power No. 1; threaten the world's largest military power, namely NATO; jeopardize Western democracy with propaganda. Well, after all that Putin has every chance to become the ruler of the world in 10 years, or?

Sure, if anything goes wrong somewhere, the Russians are to blame, also for the fact that America has now to endure Trump. When one directs all efforts to fight external influences, one has no more power to work on internal problems. This also concerns some EU countries. Right-wing populist parties certainly don't enjoy much popularity because they are supported by Moscow, which might be the case. But the very fact that they have emerged is related to our own problems.

Let's talk about Syria. Two years after the start of Russia's military operation, Daesh was expelled from the country, peace prevails in many parts of Syria, thousands of refugees are returning home. We all remember that dramatic quasi-live coverage of events from Aleppo, even though hardly any journalists had dared to actually go there back then. Now it is much safer in the city and the media could, for example, report on the reconstruction. When was the last time you saw a report about Aleppo on German TV?

I'm afraid you're right about what you're hinting at. No one is looking there anymore. The focus was on Aleppo. But what about Mosul or other hotspots where the bombs dropped by the others have led to an equal suffering? I think it is important not to label things as black and white, especially by such topics. The situation in Syria is too complex for that. But everyone understands that only Americans and Russians can try to jointly find a political solution to the situation in Syria. This should also be reflected in the [news] coverage. At the moment, Mr. Putin has again proposed a corresponding initiative.

Why are there constantly double standards in the news coverage? In the reports about the US, we hear about collateral damage, but when it comes to Russia, we are told about war crimes?

I think not a single chapter of my book about Russia goes without mentioning these "double standards." The list would be endless. But you have to make people aware of them, because otherwise they might just develop automatic reactions. One has to shake it all, so that such tendencies do not go unnoticed; this would very harmful.

Ahead of our conversation, I came across relatively few reviews of your new book "Ice Age." Has the response actually decreased, and if so, how do you explain that?

Yes, there are hardly any reviews so far. You have to take that into account. It's obviously being ignored in some way. Maybe it does not fit in. I have no idea. You need to ask the so-called mainstream media, which would normally review a book that has been number one on the bestseller list for a few weeks. 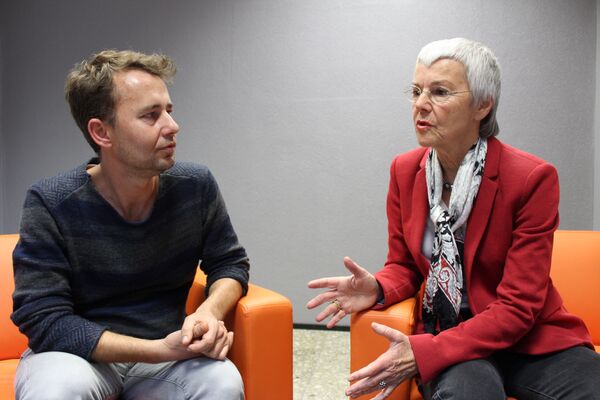 Do you still meet any experts on Eastern Europe who are capable of assessing the events objectively and neutrally?

I have quite a lot of colleagues who view many things as I do, although not everything. But there is namely a difference whether one speaks among colleagues about it, or whether one's views are reflected in articles and scientific publications. There is an awkward atmosphere that keeps people from saying what they think or what they have found out because they have to take into account negative consequences. That's something I'm not willing to accept.

Speaking of your colleagues, is there enough expertise on Russia in the West compared to when you were a correspondent?

Well, I have the impression that the younger generation was not and is not supported in this regard. It starts at school when parents are against their child learning Russian. This environment certainly does not contribute to young people being interested in what is going on there. On the other hand, I think that exactly this fact could lead to a situation when young people start questioning the issue. The best peace policy is youth exchange programs. When you meet someone in person, you are a little more immune to foolish chatter.

Yes, it still plays a role. I think that any dialogue forum between Russia and the West that still exists should be cherished and maintained. I would like the Petersburg Dialogue to make a joint statement, an appeal from both sides, promoting a massive new policy of détente.