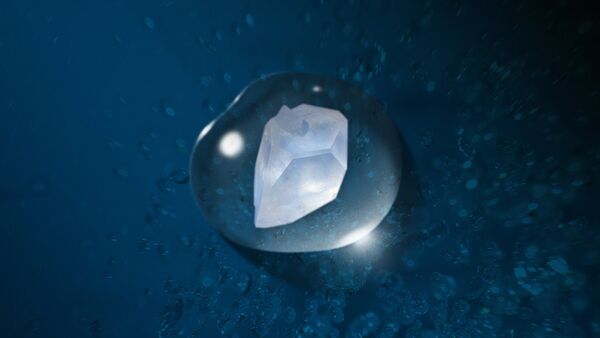 Russian researchers have developed a technique to cover larger areas in a forest fire by almost completely evaporating water in a flame, promoting a dramatic drop in temperature.

MOSCOW (Sputnik) — Researchers from the Tomsk Polytechnic University have developed a method for extinguishing forest fires through the explosive breakup of drops in a flame with subsequent enhancement of water evaporation in the fire zone and to purify water, the International Journal of Thermal Sciences reported.

This technique will help break up water droplets to release a fine aerosol, thus covering larger areas in a forest fire. This method can also be put to good use in heat energy applications and for thermic and fire water cleaning.

The method adds various properties to water, such as hard carbonaceous or metallic particles, particles of limestone, salt, sand and other things. The suspension is sprayed to make the bulk of the water break up into drops. Hard particles heat up faster than water and a droplet measuring several millimeters then explodes before it has time to evaporate, dissolving into numerous micron-size droplets.

Not long ago, researchers experimented with the explosive breakup of heterogeneous water droplets under high-temperatures (800 — 1200 K) typical of fires, using water droplets with 1-3 mm special-purpose inclusions.

"While experimenting in the laboratory with single heterogeneous water droplets, we identified conditions for an intensive breakup into several hundred small droplets. We have shown that the evaporation surface area of the liquid increases by 3-15 times during such fragmentation. This effect is important for the most complete water evaporation in a flame during the extinguishing process. It promotes a dramatic drop in temperature in a flame zone by consuming the heat of endothermic phase change, inducing an intense convective heat exchange, and blocking oxidizer from the reaction zone. Field tests using water suspension with opaque inclusions show that the heterogeneous droplet flow enables a dramatic drop in temperature in a fire zone as compared to water without additives," Pavel Strizhak, Head of the Department of Heat Energy Process Automation at Tomsk Polytechnic University said.

The tests revealed an increase in liquid surface area and the considerable enhancement of water evaporation in a fire zone. As a result, extinguishing times and water consumption decrease. Both characteristics can be reduced by 30-40 percent compared to water without additives.