All I Don't Want for Xmas: Botox, a Push-Up Bra and Knickers From the Boss 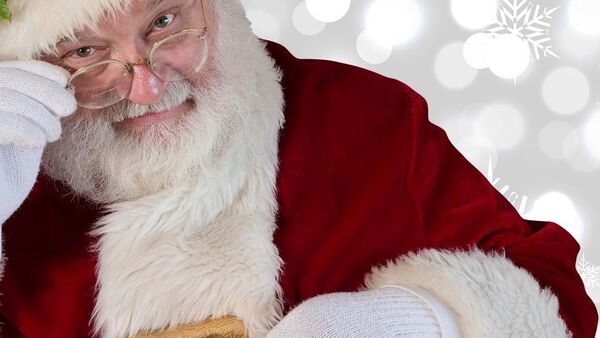 CC0 / /
Subscribe
Traditionally the season of goodwill, sometimes it can leave you sorely disappointed when it comes to actually receiving gifts at Christmas especially if it involves a pair of marigold gloves, anti-cellulite cream or a workout DVD.

On average men and women in Britain will accept three gifts they absolutely hate over Christmas from either family or friends, according to a new survey published on December 8.

Marmite — the nation's most loved or hated breakfast spread — asked 1,500 people in the UK what were some of the worst "gift gaffes" they had ever encountered.

As the countdown to the big day continues, the results might give some late shoppers plenty of food for thought if they don't want to end up in the doghouse.

One unfortunate individual received a tax disc holder last year despite paper discs having become a thing of the past, while another unwrapped breast firming cream from their gran — and only to be beaten by one unlucky soul being presented with a bag of cat litter.

Surprisingly, perhaps, one in four of respondents couldn't remember the last time someone gave them a present they actually loved — with mums and colleagues named and shamed as the most likely to leave you deflated.

It is not all doom or gloom, however, when it comes to gifts Brits would love to receive, seven out ten felt something with their name on it meant thought and consideration had been put into the choice.

"There is nothing worse than having to pretend that you love a present that you really hate. For a fail-safe gift, something personalized will let the recipient know they were in your thoughts. For Marmite fans, our personalized jars make the perfect present and can be conveniently purchased online," Shannon Lennon-Smith, spokesperson for Marmite, told Sputnik.

According to the results, nearly a quarter of us often see the funny side and laugh after being presented with a disappointing gift — yet a third admitted to falling out with their other halves over their choice.

While some gifts inevitably end up in the bin, just over a third of people confessed to re-gifting it to someone else — and a quarter of Brits either exchanged it or gave it straight to the charity shop.

The survey found a third admitted to cheekily buying "grudge gifts" with little thought for people not fond of. Bosses and colleagues pulled out in the office secret Santa​were also increasingly likely to be on the losing end of a naff gift.

A philosophical 83 percent said they believed it was the thought that counted, although a materialistic 17 percent insisted it was all about cost and extravagance.