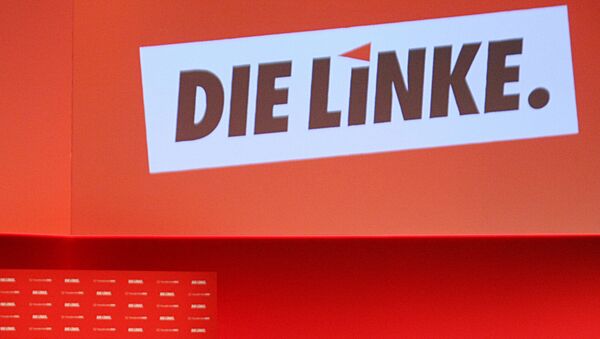 CC BY-SA 2.0 / DIE LINKE / DIE LINKE
Subscribe
Even though the German federal government is still to be formed, the country’s parliament appears to be fully capable of passing new laws, and The Left (Die Linke) seems to be eager to capitalize on this opportunity.

Two months after this year’s German parliamentary elections, Berlin is yet to form the new government.

Meanwhile, some political parties have apparently realized that the formal lack of government does not prevent the Bundestag from discussing new laws, and now seek to make use of this unique opportunity.

Another German Grand Coalition 'Not Good For Democracy' – Political Scientist
Klaus Ernst, German MP and former chairman of The Left, told Sputnik Deutschland that the Bundestag now has an opportunity to express the will of the people by finally passing the laws that German political parties promised while campaigning, like the new 12 euros per hour minimum wage law championed by The Left.

"Things are different now because currently there’s no coalition agreement. Therefore we can submit a proposal together with the Greens and the Social Democrats. Even some CSU MPs could support our proposals. And other parties in the Bundestag also have the same situation," Ernst said.

And it appears that Die Linke is not the only political force in Germany seeking to discuss new laws as the Greens introduced a proposal to ban the use of coal as an energy source while the Social Democratic Party submitted a new draft law on immigration.

000000
Popular comments
what's this, a working government? I thought that that was an oxymoron! Will wonders never cease? :)
michael
30 November 2017, 22:59 GMT
000000
The greens should use the time to create a policy helping people achieve a community whereby their can pressure this company not to exploit the natural environment without law.