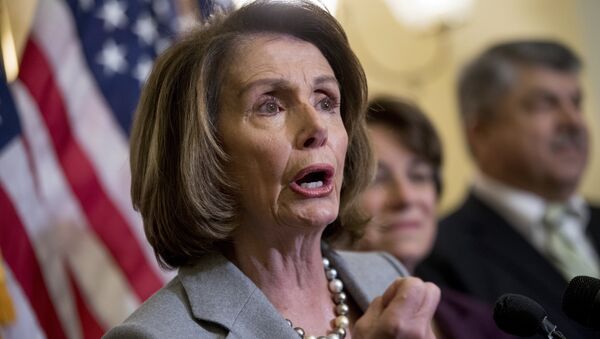 Commenting on the flood of revelations of sexual misconduct among high-profile politicians and celebrities in the US, Democratic Leader of the House of Representatives Nancy Pelosi has alleged that it was the coming to power of Donald Trump, rather than the much-talked-about accusations of film mogul Harvey Weinstein, which prompted the claims.

"The election of President Trump […] evoked a response. So many women who've had a bad experience are now saying "I've had a bad experience and now [the] person who [had been] possibly engaged in that activity is the President of the US. I am speaking out!" Minority Leader of the US House of Representatives Nancy Pelosi said in her interview with NBC’s Meet the Press on Sunday while commenting on the sexual accusations directed at leading US politicians and public officials.

"Harvey [Weinstein] did not evoke this, the election of President Trump evoked what happened to Harvey and now everybody is served notice," she further specified, referring to allegations against the Hollywood film producer by numerous women of sexual harassment, assault or rape, which he firmly denied.

The co-founder and former co-chair of Miramax has been accused of having harassed, molested or raped about 100 women since the New York Times published the first related revelations of his inappropriate behavior in October. The Hollywood scandal triggered an avalanche of sex abuse allegations against celebrities and politicians around the world.

The US President himself is facing accusations from at least 24 women that he committed sexual misconduct. The most famous of these revolved around a tape recording which emerge during his 2016 election campaign of a 2005 shoot for the television show Access Hollywood, in which Donald Trump said that "when you’re a star, they let you do it … Grab them by the p****."

The US leader apologized for his questionable comments and said he did not do anything like that. 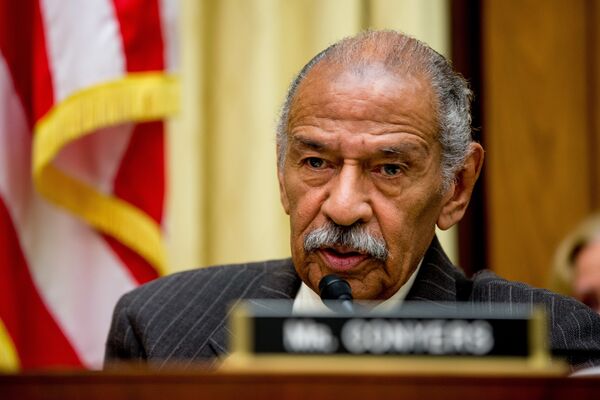 Nancy Pelosi was invited by NBC to speak on the resignation of John Conyers, who stepped down as the ranking Democratic member of the House Judiciary Committee on Sunday over the allegations that he used taxpayer money to settle cases with women who accused him of sexual misconduct.

The congressman however denied the claims, alleging that many of them "were raised by documents reportedly paid for by a partisan alt-right blogger."

Nancy Pelosi therefore urged "due process" before making conclusions about Conyers, saying the congressman is "an icon" who has "done a great deal" to protect women.