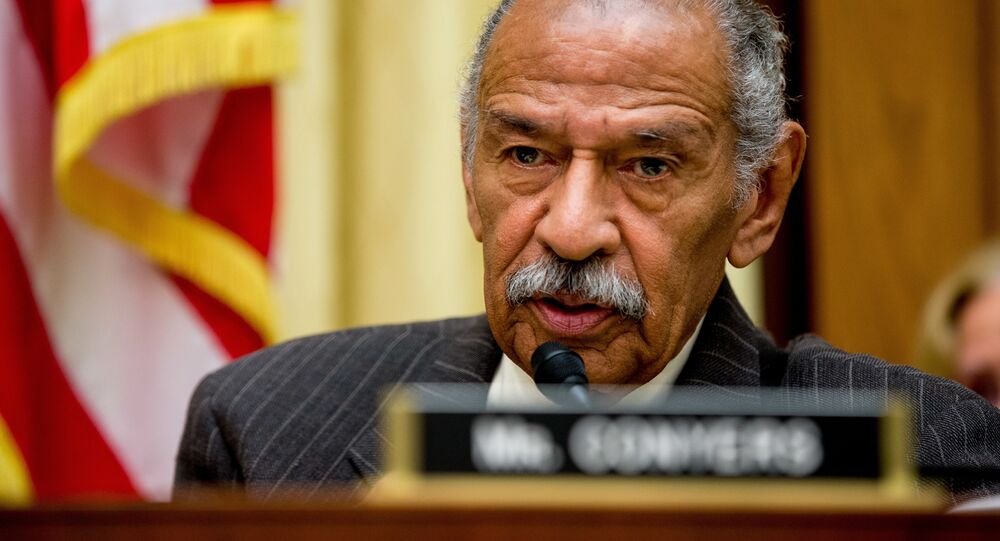 It seems that a series of high-profile sex scandals pertaining to US public figures and politicians shows no signs of abating.

88-year-old Michigan Democrat John Conyers, a legislator who sits on the US House Judiciary Committee,  has reportedly paid 27,000 dollars in order to settle a complaint by a female staff member that she was fired after she refused to "succumb to (his) sexual advances."

According to the unnamed employee, on one occasion Conyers allegedly asked her to work from his hotel room and started talking about his sexual desire.

I'm not trying to downplay the exposing of Democrat congressman John Conyers, but the truth of the matter is, since 1997 there have been 264 sexual harassment claims that have been settled for $17,250,854 in congress.

John Conyers is one.

BuzzFeed News, in turn, cited notarized affidavits from other staff members claiming that Conyers "repeatedly made sexual advances to female staff that included requests for sex acts, contacting and transporting other women with whom they believed Conyers was having affairs, caressing their hands sexually, and rubbing their legs and backs in public."

Iconic US Congressman #JohnConyers is latest elected official accused of sexual harassment of staffers. He acknowledges settling several lawsuits but denies the claims! Many on Capitol Hill aren’t buying it!

The 88-year-old has "expressly and vehemently" rejected sexual harassment accusations, saying that he is ready to cooperate if the House of Representatives opens a full-fledged investigation.

Then he admitted he did and denied allegations.

The charges against Conyers are the latest in a series of sex scandals involving high-ranking US politicians and public figures, which was ignited by sexual harassment allegations against embattled Hollywood producer Harvey Weinstein.

The sex scandals have already crippled the careers of US actor Kevin Spacey as well as US Republican Senate hopeful Roy Moore and Democratic Senator Al Franken.