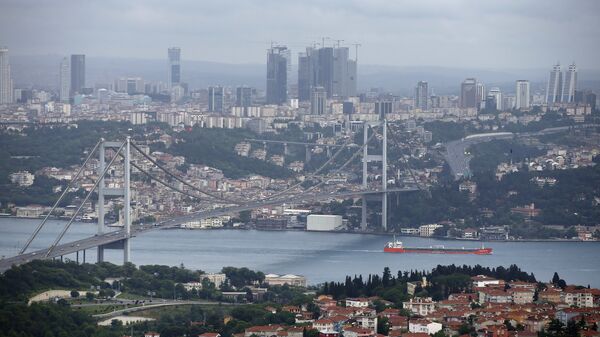 Turkish prosecutors have launched a probe into US lawyers over allegedly improperly obtained evidence used in a current US case on sanctions against Iran.

MOSCOW (Sputnik) — The Public Prosecutor's Office in Istanbul on Saturday said it had launched a probe into US lawyers, one of them former US Attorney for the Southern District of New York Preet Bharara, over allegedly improperly obtained evidence from prior investigations in Turkey being used in a current US case on sanctions against Iran.

"In this context, in accordance with the relevant provisions of the Turkish Criminal Code, investigations have been initiated against former prosecutor of the New York Southern District, Preet Bharara, and prosecutor Joon H. Kim and other prosecutorial officers due to these actions which are clearly contrary to international and domestic law," the prosecutors said, as quoted by the Anadolu news agency.

US Sanctions Affected Iran, But Not the Way Washington Planned
According to the outlet, Turkish prosecutors are suspecting Bharara and Kim, acting US attorney for the Southern District of New York, of obtaining voice recordings and other documents for the case of Turkish citizens, who allegedly violated US sanctions against Iran, through unofficial channels.

The prosecutors reportedly have an affidavit by Cathy Fleming, a lawyer of Mehmet Hakan Atilla, who is currently investigated by US authorities, indicating that documents submitted to the Southern District Court of New York on October 30 were "stolen, fraudulent and unqualified in nature."

The prosecutors also stressed that the Turkish Justice Ministry had not provided any documents or voice recordings to US legal authorities for cases against Turkish citizens.

Atilla, a senior executive at Turkey's state-owned Halkbank, was detained in the United States in March on suspicion of participating in a secret scheme to funnel money to Iran in contravention of the sanctions.

The relations between Iran and Washington, one of Saudi Arabia's most important military suppliers, have worsened over the past months. In October, Trump, who has repeatedly threatened to halt the Joint Comprehensive Plan of Action (JCPOA), commonly known as the Iranian nuclear deal, said his administration had decided not to certify that Iran was in compliance with the accord, which stipulates the gradual cancellation of the Western sanctions in exchange for Tehran abandoning its nuclear program. Trump's claims caused strenuous objections from Tehran.