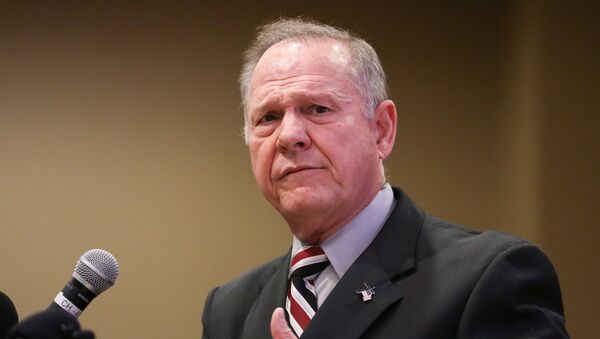 An Alabama woman accused Roy Moore, Republican nominee for the December 2017 US Senate Special Election in Alabama of 'sexual misconduct' on Monday. House Speaker Paul Ryan said the allegations against Moore "are credible."

Earlier, two women claimed that Moore groped them when they were teenagers decades ago. Roy Moore denied the allegations, calling them false.

But House Speaker Ryan has called on Roy Moore to "step aside," as he believes that the allegations are credible.

On Monday, the US media published the story of 56-year-old Beverly Young Nelson. According to her, the GOP Nominee Roy Moore assaulted her when she was 16 outside the restaurant where she worked in Alabama in 1977.