Bitcoin Hits New Threshold as Its Price Breaks Record of $7,000 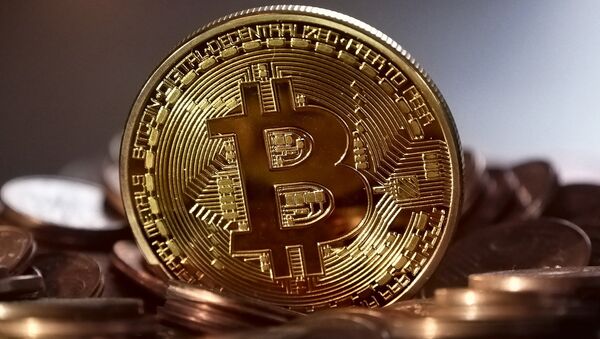 CC0 / /
Subscribe
International
India
Africa
The value of digital currency Bitcoin has increased sevenfold since the beginning of the year.

The leading cryptocurrency has doubled in recent weeks and has seen a 9 percent increase in the last 24 hours. According to financial analysts, the rise of the currency has been driven by the announcement of the Chicago Mercantile Exchange (CME) to begin trading Bitcoin futures.

According to the CME Group itself, the rise can be explained by an increased interest of investors in the cryptocurrency market.

The creation of Bitcoin futures is a key development for cryptocurrency trading that can be used by institutional investors, who at the moment have few opportunities to trade the digital currency. Moreover, such a step suggests that Bitcoin may become an officially recognized currency.

According to a poll conducted by the CNBC broadcaster, nearly half of some 23,000 people think that Bitcoin will surpass the price of $10,000 per coin.

Twitter users have been sharing their views on the surge of the cryptocurrency.

We leave the #moon to reach new heights, and right now we landed on #mars!!
The red planet is now colonized! #BITCOIN 7k #cryptocurrency

If Bitcoin causes the next financial crisis… pic.twitter.com/3ijMitgDw9

​​​​Bitcoin is the first international decentralized digital currency. The system works without a single administrator and central repository, while transactions between people are made directly without an intermediary.

Bitcoin was released as open-source software in 2009 by an unknown person or group under the name of Satoshi Nakamoto.