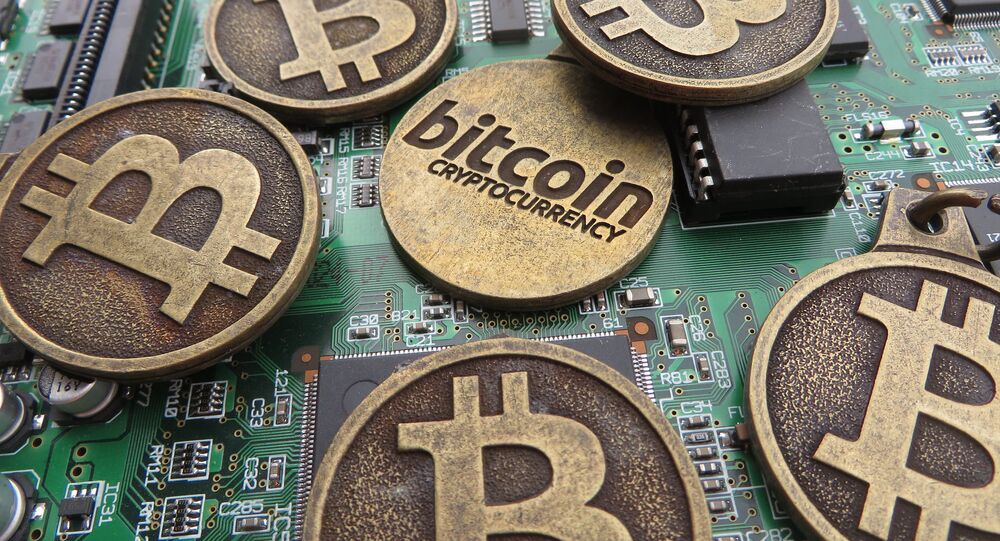 Bitcoin has split again, creating a new cryptocurrency called Bitcoin Gold, three months after another offshoot called Bitcoin Cash was created. In an interview with Sputnik, Simon Dingle, a blockchain specialist and investor, explained the new offshoot, the reasons behind its emergence and his prognosis of Bitcoin Gold.

Sputnik: Could you, please, tell our listeners in further depth about Bitcoin Gold? With August’s introduction of Bitcoin Cash in mind, how could you account for the emerging offshoots of the cryptocurrency?

Simon Dingle: Bitcoin Gold like Bitcoin Cash is a fork of Bitcoin. One way to think of a fork is that it’s similar to a copy of the code; it is like taking a piece of software and making your own copy of it and then making some changes to that copy. So it’s kind of like the original, but with your changes. Of course we saw that happening with Bitcoin Cash and now it’s happening again with Bitcoin Gold.

Sputnik: How is this particular digital currency different from Bitcoin, and what was the aim of its introduction?

Simon Dingle: So the biggest difference between Bitcoin Gold and the Bitcoin main chain or traditional Bitcoin is in the way that it’s mined. The Bitcoin Gold project wants to move away from ASIC mining, ASIC stands for application-specific integrated circuits; these are basically computers that are built to run only one piece of software that makes them very efficient. The Bitcoin Gold project hopes to change to GPU mining or using Graphic Processing Units, which are more common in mining other cryptocurrencies, to mine Bitcoin Gold.

So essentially you will be getting Bitcoin Gold for free just by having Bitcoin from before the split, again all of this is theoretical. At the moment the split is underway, you won’t be able to redeem your Bitcoin Gold at the moment that will happen at a later stage, of course it relies on you controlling your keys as well. If your Bitcoin is on an exchange, some Bitcoin exchanges such as Kraken in Europe does not plan on supporting Bitcoin Gold, of course they might change their minds if it becomes more prominent, but if you don’t control your own keys it might be difficult for you to get to a Bitcoin Gold after the split, but if you have your own private keys, for example in a hardware wallet or something like co-pay on your phone, then you will be able to claim your Bitcoin Gold at a later date at least in theory.

Sputnik: Bitcoin companies and exchanges are still wary of the yet-to-come fork. What could be the reasons for their doubts whether to support Bitcoin Gold or not?

Simon Dingle: I think the Bitcoin community is very wary of forks for many reasons. For example with Bitcoin Gold there was pre-mining on the network so that a lot of the tokens for Bitcoin Gold were generated before the code became publically available. The reason the project allowed for this  was so that they could reward or compensate developers who had worked on the project, but pre-mining as we know it, in the industry, is frowned upon by puritans. Also the idea of using the Bitcoin name in any copy of Bitcoin is frowned upon as well, depending on who you speak to.

Of course there are those of us that feel that forking is the quickest way to resolve differences. If there is a camp of developers or businesses who feel that they think Bitcoin should be done differently or they protocol changes that they have suggested that nobody is listening to and is causing contention, then developing their own fork is a quick way for them to get a proof of concept out there and see if they can gather support for it. So it really depends from fork to fork how enthusiastic the industry is.

Sputnik: Some say that the fact that Bitcoin Gold code is slated to be introduced in a week could prove troublesome for the digital currency. Could you explain why?

Simon Dingle: In the case of Bitcoin Gold pre-mining has been a problem, another problem is that anybody who has looked at the code would notice that it is quite rough and ready, to put it mildly, it doesn’t seem like there has been a lot of testing of the code and it seems a tad premature to launch the project now, but opinions wary on that point too. But generally if you speak to Bitcoin exchanges, at the moment, none of them are being very committal about supporting Bitcoin Gold.

Some exchanges like BitFenix have opened up futures trading on Bitcoin Gold, but predominantly if we talk to Kraken, Coinbase, Luno, all of the leading exchanges seem to have the same opinion, which is that they are going to wait and see. They don’t feel that Bitcoin Gold is going to pick up significant support. They feel that the software is open to exploitation. Another big problem with it is replay protection, which means that you could do a transaction on the Bitcoin Gold chain and make the same transaction happen on the main Bitcoin chain, for example. This is something that Bitcoin Cash had protection from fortunately. With Bitcoin Gold replay attacks are a real threat so exchangers are being wary. They are waiting to see how much support this crypto currency gets.

Sputnik: What is your prognosis regarding Bitcoin Gold?

Simon Dingle: My personal feeling is that unlike Bitcoin Cash, I think Bitcoin Gold will fade into obscurity over time. I don’t see it picking up any form of significant support.

UPDATE: The bitcoin has already started trading at around $150, according to Coin Market Cap.