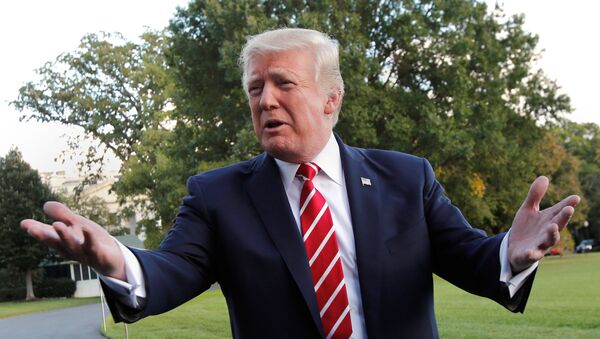 © REUTERS / Yuri Gripas
Subscribe
A series of photoshopped images of George Washington and other American founding fathers flipping off US President Donald Trump have gone viral.

The pictures, which have been shared more than 20,000 times and liked more than 40,000 times on Twitter, feature George Washington, Andrew Jackson, Thomas Jefferson and Alexander Hamilton.

In one of the pictures, the first president of the US, George Washington, is shown giving Trump the middle finger with an angry look on his face. Upon closer inspection, it becomes apparent that Trump's lapel pin is a flag of the Russian Federation. 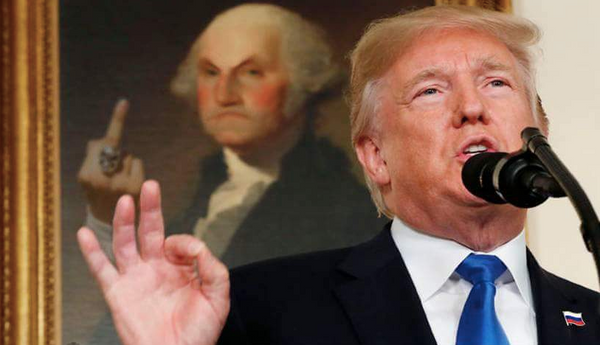 In another one of the photos, Jackson, the seventh president and noted favorite of Trump's, is doing a facepalm while Trump talks on the phone.

Jefferson, the third US president and the author of the Declaration of Independence, is depicted shaking his fist while Trump points at a bust of famous wartime British Prime Minister Winston Churchill, possibly a reference to the Churchill bust that Trump returned to the Oval Office in January after his predecessor, Barack Obama, had removed it.

The last of the four images shows Hamilton, who was first secretary of the treasury and a noted statesman who never served as president, pretending to shoot himself, likely an allusion to his death at the hands of his arch-rival, Vice President Aaron Burr, in a duel in 1804.

Ironically, during a Florida rally in February, Trump claimed that the founding fathers would have been proud of him calling out the media for what he calls their lies about him. 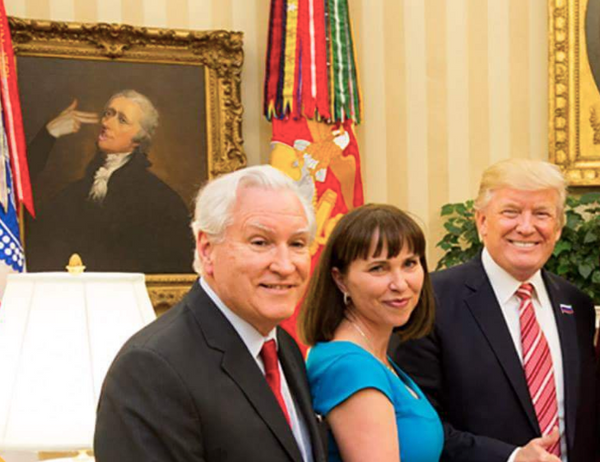 "Thomas Jefferson, Andrew Jackson and Abraham Lincoln: Many of our greatest presidents fought with the media, and called them out often times, on their lies. In fact, Thomas Jefferson said: ‘Nothing can be believed which is seen in a newspaper,'" Trump said.

Trump may have spurred the "anger" of the founding fathers when he compared Washington with Confederate General Robert E. Lee. Following what turned into a violent clash between far-right groups protesting the removal of a statue of Lee in Charlottesville, Virginia, and opponents in August, which resulted in the death of a counter-protester allegedly at the hands of a white supremacist, Trump said "Many of those people were there to protest the taking down of the statue of Robert E. Lee. This week, it is Robert E. Lee and this week, [Confederate General] Stonewall Jackson. Is it George Washington next? You have to ask yourself, where does it stop?"