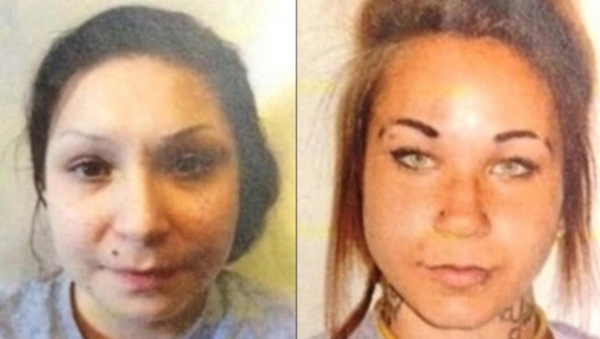 © Courtesy of Edmonton Police Service
Subscribe
Could they have been homesick? Or simply putting proven skills into new practice?

Two women who escaped from the Edmonton Institution for Women in Alberta, Canada, were caught just a day after their grand escape at *wait for it* an escape room jail cell simulation.

According to police reports, the women made their way into a SideQuests Adventures escape room to evade officers, BBC reported.

"They were extremely cool about it," Rebecca Liaw, co-owner of the establishment, told GlobalNews. "They kept up a regular conversation, asking completely typical questions that we do get on a daily basis. Nothing out of the ordinary."

However, per Liaw's husband, just minutes later police came on the scene, inquiring whether the two escapees had dropped in.

"I was like, ‘Yes, actually, they have,'" Jonathan Liaw, told the outlet. "[The officer] just called for backup right away. He said, ‘They're here.'"

Though the two were quickly apprehended by police, Jonathan couldn't help but make a connection.

"Ironic. Somewhat funny. Seeing as they escaped an escape room — technically jail — that wasn't supposed to be escaped."

The pair, both in prison for weapons offenses, managed to make their getaway from the Edmonton institution after jumping over a fence, BBC reported.