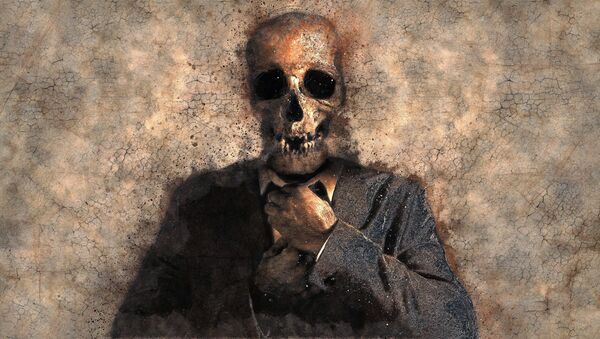 The European Union is leading an international effort to end global trade in torture devices and lethal drugs used in capital punishment - an initiative that could spell curtains for the death penalty the world over.

The European Union is at the forefront of a global campaign — The Alliance for Torture-Free Trade — backed by over 60 countries, to compel the United Nations to end the trade in torture devices and lethal drugs used in capital punishment.

While a number of major exporters and users of both apparatuses are in the group's crosshairs, the US looms largest.

So proud to launch the Alliance for torture free trade with Argentina and Mongolia. 57 contries signing up here in New York #TortureFree

​The effort was launched at UN HQ September 18, and saw over 60 UN member countries sign up to a joint political declaration, calling for measures to control and restrict exports of lethal goods, equip customs authorities with appropriate tools to combat the trade, offer technical assistance to help countries with setting up and implementing laws to ban the trade and exchange practices for efficient control and enforcement systems.

#Switzerland joins the Alliance for #Torture-free Trade and calls for a #torturefree world! #UNGA pic.twitter.com/WaATq4kS1V

​International law bans torture in all circumstances — yet tools of death and pain are still traded widely across the globe, including batons with metal spikes, electric shock belts, chemicals used to execute prisoners (and corresponding forced injection systems) and more.

"These products serve no other purpose than inflicting terrible pain and killing people. We should never permit [them to be] traded like any other commodity. It's time for concrete action to shut down this despicable trade. The EU's own laws in this field have had positive results, but producers try to get around such legislation. The more countries that sign up to cooperate, the more effective we will be. I am convinced that trade policy can be a way to strengthen human rights around the globe," said the campaign's leading spokesperson, EU Trade Commissioner Cecilia Malmstrom.

The EU has made combating torture and the death penalty an overt foreign policy objective, and has taken numerous steps since 2005 to outlaw trade of relevant goods — in 2012, the bloc imposed strict controls on exports of drugs used in lethal injections, and in 2016 ordered a ban on the transit of torture equipment on the territories of EU member states and via European ports.

Today Denmark joins the Global Alliance for Torture-Free Trade. Today we stand together in the fight against torture #DK4HRC #torturefree pic.twitter.com/CK3B7DUWaT

​Bloc guidelines call for the death penalty's "universal abolition" on the basis it would contribute to "the enhancement of human dignity" and "progressive development" of human rights.

The EU's tough legislation has borne fruit, with drugs for lethal injections becoming harder to procure and more expensive to buy. Most notably, EU embargoes on chemicals used in lethal injections has had a significant impact on capital punishment in the US.

While by definition EU legislation only applies in Europe, the bloc's efforts to end the practice do not start and end at the bloc's borders — EU diplomats and leaders frequently implore US Governors and parole boards to halt executions, and its agencies contributed over US$4.8 million in donations to US anti-death-penalty organizations from 2009-2013.

Why is the global Alliance for Torture-Free Trade so important for the whole world? 🌍🤔 Here are the facts. 👉 https://t.co/FIU1SHK5Dn pic.twitter.com/8f0rjzkW6n

​While these efforts have not ended state executions outright, it has offered many Death Row inmates an effective stay of execution, and focused much negative international attention on the practice, raising questions about its long-term viability.

Lethal injection is the predominant method of execution in the US by quite some margin — and before the EU-enforced shortage, virtually every lethal-injection protocol used the same three-drug method. Sodium thiopental anesthetized prisoners, then pancuronium bromide paralyzed inmates and halted their breathing, then potassium chloride stopped the inmate's heart.

Texas became the first US state to use lethal injection in 1982 — since then, US states have executed over 1,000 death-row inmates by lethal injection. By the time the three-drug approach's constitutionality came before the Supreme Court in 2008 (in Baze v. Rees), lethal injection had become the preferred method of execution for 36 states and the federal government alike, with 30 of those states using the "trio" method. The Court eventually upheld the three-drug protocol in a 7-2 decision.

However, of the three drugs, potassium chloride and pancuronium bromide are widely available, but sodium thiopental is increasingly scarce, with few manufacturers producing it worldwide. Moreover, the chemical only has a shelf life of four years, making stockpiling the drug very difficult.

The drug's evident limitations have proven a goldmine for anti-death penalty campaigners within and without the US.

​With Europe refusing to supply the drug, states looked to other countries to replenish their stocks — for instance, Kayem Pharmaceuticals, an Indian firm, sold several states sodium thiopental before blocking all such sales in April 2011.

If The Alliance for Torture-Free Trade's campaign is successful, the number of countries willing and able to export sodium thiopental may dwindle to zero. As a result, US states may have no means of securing a vital component of the lethal injection, compelling authorities to investigate other means of executing inmates, or indeed consider ending the practice outright.