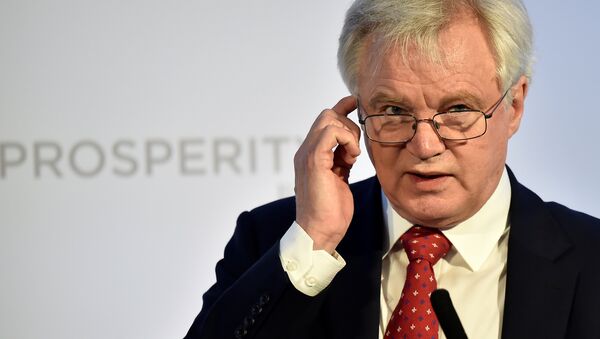 The United Kingdom and the United States should focus on deregulation of the service sector, which will allow to boost productivity and growth, US Secretary of State for Brexit Secretary David Davis said at the US Chamber of Commerce in Washington on Friday.

MOSCOW (Sputnik) — "By redoubling our efforts to open up new markets, and strengthen the rules-based trading system that ensure trade is free and fair for all. For both the UK and the US, the target of that effort should be the liberalisation of the service sector. Which represents roughly 80% of our economies," Davis said.

'Sacrificial Lamb': Tories Leave May in Charge Amid Brexit Meltdown
According to the secretary of state this would give the two countries the potential to reinvigorate productivity and growth.

Davis added that the United Kingdom had worked inside the European Union alongside many of its member states to liberalize the service sector.

"And we have had some success. But once we are outside the EU we can push harder still. And we will," Davis said.

The United Kingdom is currently negotiating its exit from the European Union, which it has to complete by March 29, 2019.

In July, US President Donald Trump said that his administration was working on a new trade deal with the United Kingdom that could mean many new jobs.