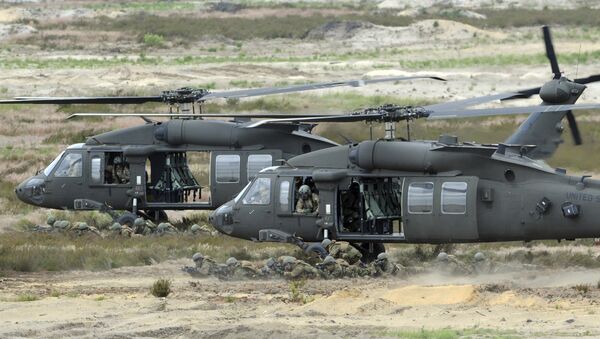 The US Army has awarded Parker Hannifin Corporation an almost $96 million contract to overhaul and upgrade the UH-60 Black Hawk helicopter’s engineering system, according to the Pentagon.

"Parker Hannifin Corporation [of] Irvine, California has been awarded a $95,828,750… contract for overhaul and upgrade of the UH-60 servo cylinder; pump, hydraulic; servo, cylinder, assembly; primary servo; and servo assembly," the release stated on Wednesday.

The US Army is the largest operator of the helicopters, with 2,300 UH-60 designed craft. There are more than 3,000 Black Hawks of all kinds in service all over the world.