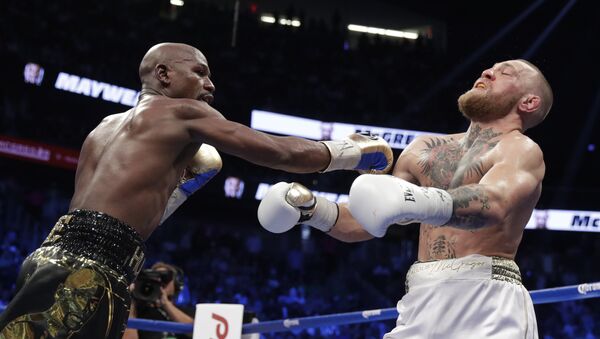 During the 10th round of the fight the referee stopped the contest after the UFC legend McGregor was bombarded by Mayweather's heavy punches.

The bout, dubbed by many as the "fight of the century", took place at the T-Mobile Arena in the US city of Las Vegas on Saturday night. Millions of viewers all over the world watched the match on their TV screens.

It was the 50th fight in the career of the undefeated boxer, who came out of retirement to beat UFC icon Conor Mcgregor.

Thank you everyone in Las Vegas and everyone at home who ordered PPV. Thank you @SHOsports and my team @MayweatherPromo. pic.twitter.com/royY4mGHkc

​The fight has attracted huge publicity and therefore raised large sums of money. It is estimated that the two fighters could earn at least $100 million from the fight, although the final sum depends on the pay-per-view audience. In addition, it has been reported that the difference in the fighters' earnings may be within 70-30 ratio.

The World Boxing Council also released a special "Money" belt which contains 3,360 diamonds, 600 sapphires, 160 emeralds and approximately 3.3 pounds of 24-karat gold, given the fact that the competitors came from different disciplines. 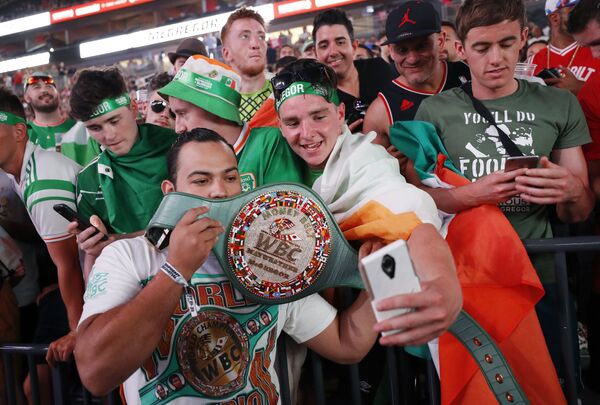 The possibility of a fight between the two biggest figures in their respective fields was first mentioned in early 2017. In March Conor McGregor publicly proposed a fight and after months of talks, in which UFC president Dana White took part, the date of the fight was finally set.

The rivalry between the two titans reached its peak in July when the fighters traded profanities during their first face to face meeting in public at the World Press Tour. On Friday, during the weigh-in, the war of words continued as McGregor claimed Mayweather was in his worst physical shape. 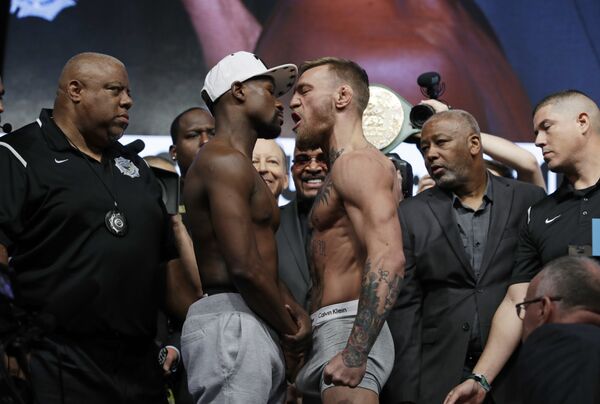 There was a lot of speculation about the fight, since McGregor is not a professional boxer and most experts thought he was no match for Mayweather. The 29-year-old Conor McGregor is the reigning UFC lightweight champion, while the 40-year-old Floyd Mayweather now has an unbeaten record of 50-0.