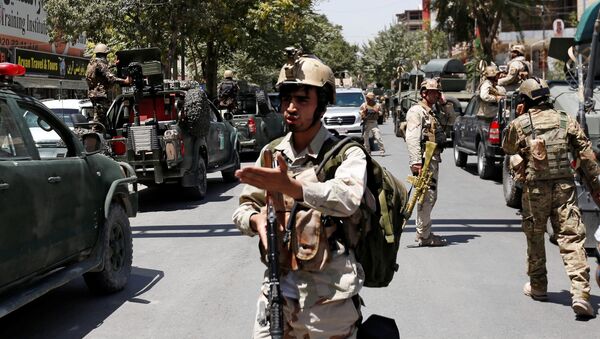 Afghan Ambassador to Moscow Abdul Qayyum Kochai said Saturday that Kabul wants Russia's assistance in restoring peace in the war-torn country, not that of the United States and other Western nations.

ZAVIDOVO (Russia), (Sputnik) — Kochai stressed Afghans want the relations with Russia to be "very good," despite the probems that stood in between the two nations throughout the history.

Speaking on the security situation in Afghanistan and Washington's new strategy in the country, the ambassador said that state forces are capable of combating the terrorist groups Daesh and Taliban (both banned in Russia) without help of the United States.

"We wanted the US troops and troops of other Western countries, which have close relations with Afghanistan, to leave Afghanistan long ago," Kochai stressed. "We have now very powerful troops. They fight against terrorism, against Taliban, against Daesh. We can do this."

Afghanistan and the CIA Heroin Ratline
The statement comes after US President Donald Trump announced on Monday Washington’s new strategy in Afghanistan. The president's plan presupposes, among other provisions, the expansion of the US military authority in the country. The United States, however, will not publicly announce any future military action plans in Afghanistan, Trump said.

The US War in Afghanistan is the longest war the country has ever been engaged in: there has been a US military presence in the Central Asian country for nearly 16 years. Armed conflicts in Iraq and Afghanistan have also been “the most expensive wars in US history,” according to Linda Bilmes of the Harvard Kennedy School of Government, who estimated in 2013 that $4 to $6 trillion in expenses had been racked up over the course of the conflicts.