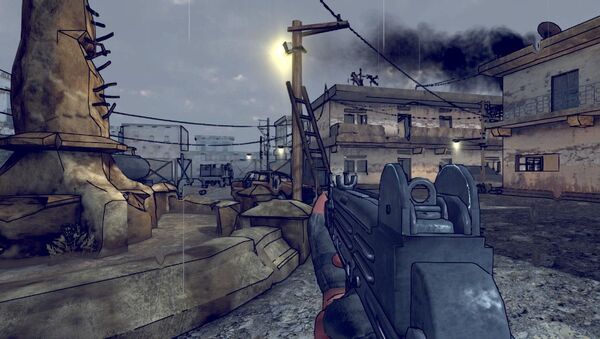 A computer game just unveiled by Iran’s Amytis Entertainment Company is about the Iranian Navy fighting modern-day buccaneers in the pirate-infested Gulf of Aden. In an interview with Sputnik Persian, the game’s creator Shahin Sayad Haghighi spoke about its storyline and its chances of being sold worldwide.

“Fighting in the Gulf of Aden. 10 Degree Latitude” is based on the real-time events of the Iranian Navy’s 2011-2012 crackdown on Somali pirates the Arabian Sea.

The original “Fighting in the Gulf of Aden” was released in 2012 and became become an immediate top seller in Iran.

US, South Korea Start Computer War Games in Face of Pyongyang’s Growing Danger
“The Somali pirates attack merchant ships in the Gulf of Aden and commandeer several of them. One stormy night the pirates seize an Iranian merchantman and an oil tanker killing or taking prisoner their passengers and crews. This is when the Iranian Navy kicks in and goes after Aremahi, the pirates’ ring leader. The Iranians engage the buccaneers in a battle to save the hostages and the ships,” Shahin Sayad Haghighi explained.

“The game has it all: ship escorts, races on speedboats, storming the pirates’ hideout and Aremahi’s eventual elimination,” he continued.

Ordered by the Iranian Navy, “Fighting in the Gulf of Aden. 10 Degree Latitude” looks very real because Iranian warships actually maintain a presence in the Gulf of Aden escorting ships and preventing them from being attacked and ransacked by pirates.

Chilling Russian Mystery Reconstructed as Polish Computer Game
The new version of the game looks at the events from a different angle and its creators hope that it will be fun to play for those who liked the original version.

The new version of the 2012 game was created using the  powerful Unity 3 engine and offers professional graphics and sound. 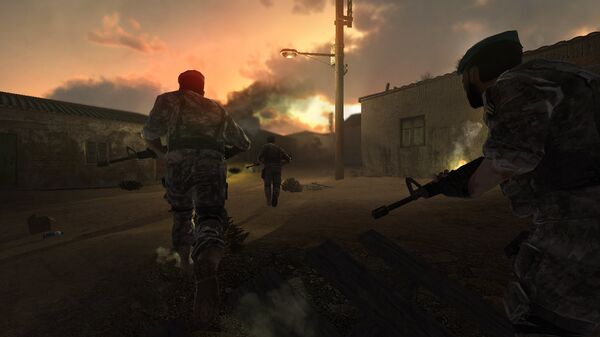 “Despite existing restrictions on the export of computer games, we’ll try to put ‘The Fighting in the Gulf of Aden. 10 Degree latitude’ on the international market,” Shahin Sayad Haghighi  said.

“Young people like playing shooter games on their computers. We’ll be giving them the things they like most: the Iran-Iraq war, the Baathist regime in Iraq and much more,” he added.

Speaking at a ceremony to unveil the new game, an Iranian army representative hoped that following the changes in the second version of the game and the replacement of artificial intelligence with human intelligence, the game would find customers around the world.

“Fighting in the Gulf of Aden. 10 Degree Latitude” is available for Windows PCs and will be adapted for Android in September.