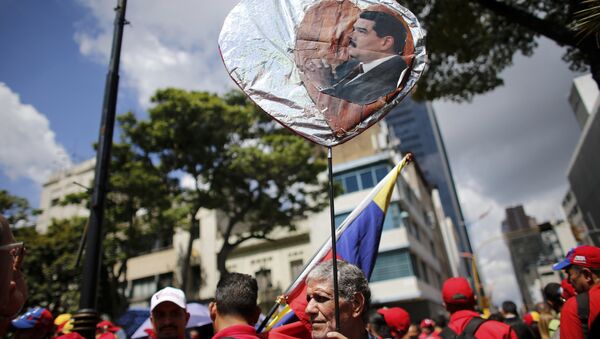 The United States will bring all of its diplomatic and economic power to bear on President Nicolas Maduro after assumption of legislative powers by the Constituent Assembly, State Department Spokesperson Heather Nauert said in a press release.

WASHINGTON (Sputnik) — "The United States strongly condemns the assumption of legislative powers by the illegitimate Constituent Assembly," the release said Friday. "As long as the Maduro regime continues to conduct itself as an authoritarian dictatorship, we are prepared to bring the full weight of American economic and diplomatic power to bear in support of the Venezuelan people as they seek to restore their democracy."

Earlier in the day, the Constituent Assembly issued a decree stating that the body assumes the legislative functions of the National Assembly.

Parliaments in Argentina, Brazil, Spain, Canada, Costa Rica, Mexico, Panama, Peru and Chile have accused Venezuela’s new assembly of breaching the constitution after it granted itself the power to pass laws.

The constituent assembly was elected in July to rewrite the constitution in a bid to bring together people from different sectors of society. But opposition leaders accused President Nicolas Maduro of trying to bypass the parliament.