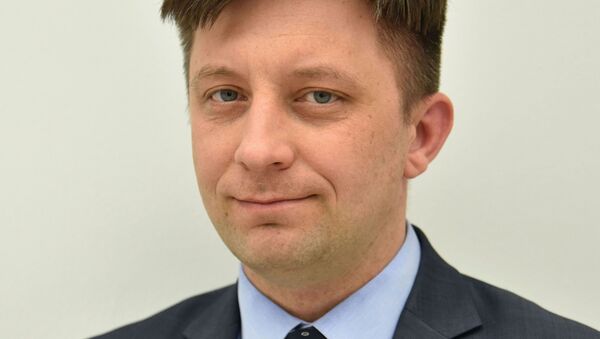 Polish Deputy Defense Minister Michal Dworczyk has lashed out at European migration policy after the Catalonia attacks, saying that the terrorist acts will continue until Brussels change the political course.

"This situation proves that Europe faces a dramatic choice on whether to wait for the end in meditation or to start taking real decisions and not to talks about empathy and compassion… Europe needs to change the approach to Europe-wide security. As long as there is consent to the creation of groups that do not integrate and do not accept European values, such crimes will continue," Dworczyk said in a televised statement.

The statement comes a day after a van mowed down a crowd of pedestrians in the central Ramblas area in Spain’s tourist resort of Barcelona, leaving at least 14 people dead and some 130 injured. The police called the attack an act of terrorism. The Daesh terrorist group (outlawed in Russia) claimed responsibility for the ramming.

Hours after the tragedy in Las Ramblas avenue another vehicle attack took place in the coastal town of Cambrils, south of Barcelona. Six civilians and a police officer were injured, with some of them in critical condition.

German U-Turn Over Migrants Exposes Failure of EU Immigration Policy
As of now a total of three suspects have been detained, including two men from Africa. Authorities estimate that up to eight people may have been involved in the Barcelona and Cambrils rampage.

In 2015, EU member states adopted a solidarity plan, according to which the each country would, among themselves, relocate 160,000 asylum-seekers from overcrowded refugee camps in Italy and Greece.

Poland, which was then led by the Civic Platform political party, agreed to take in 6,200 refugees, mainly from Syria. After a parliamentary election that same year, which took place amid the peak of the EU migration crisis, Poland's Eurosceptic Law and Justice party came to power. The new government urgently backed out of the previous ruling party's commitment to accept asylum seekers and refused to fulfill the country's quota.