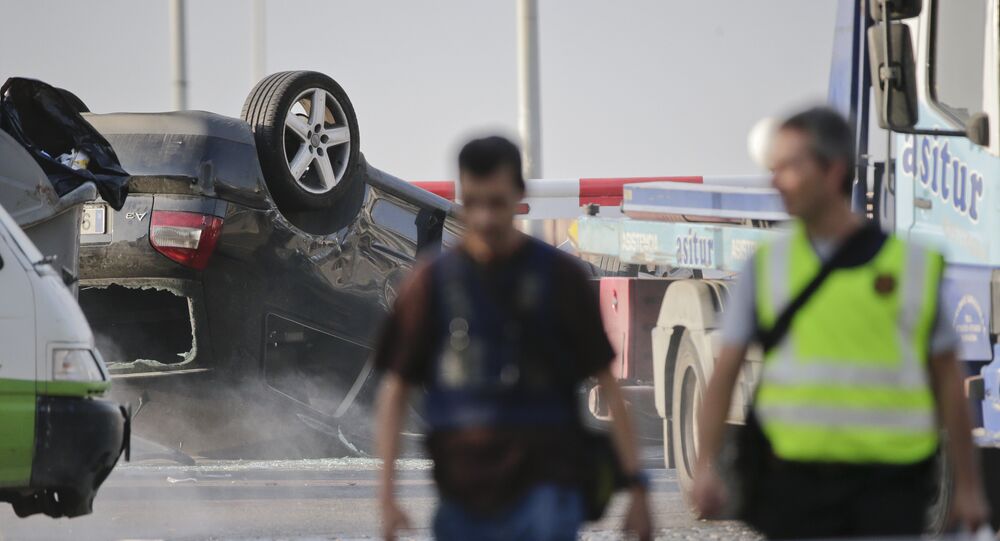 According to police, explosive belts found on the bodies of the alleged perpetrators of the vehicle attack were fake.

MOSCOW (Sputnik) – The explosive belts found on the bodies of the alleged perpetrators of the vehicle attack in the Spanish coastal town of Cambrils were fake, police said Friday.

"Finally the belts worn by the 5 individuals in #Cambrils were simulated explosives," the Catalan police said on Twitter.

​Hours after the tragedy in Las Ramblas avenue of Barcelona on Thursday, which claimed lives of at least 13 people, another vehicle attack took place in the coastal town of Cambrils. Six civilians and a police officer were injured, with some of them in critical condition.

© AP Photo / Oriol Duran
Spanish Police to Carry Out Several Controlled Explosions in Cambrils
Four alleged terrorists were shot dead, while another one was injured and later died in custody. The perpetrators reportedly wore explosive belts.

Authorities estimate that up to eight people may have been involved in the Barcelona and Cambrils rampages, as well as a house explosion in the coastal town of Alcanar late Wednesday.