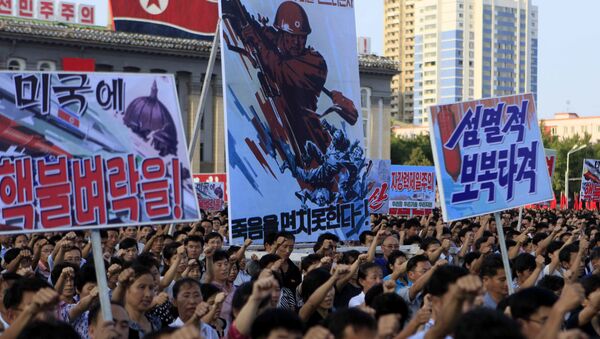 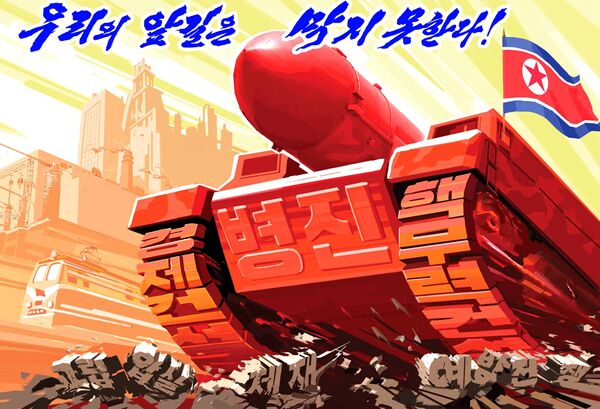 A propaganda poster blaming U.S. and hostile countries' sanction is seen in this undated photo released by North Korea's Korean Central News Agency (KCNA) in Pyongyang August 17, 2017. The poster reads: "No one can stop our way!"
© REUTERS / KCNA

Asia
US State Dept: North Korea Arrests and Tortures Thousands for Religion Practices
The set of propaganda posters, released by the Korean Central News Agency (KCNA) on Thursday, condemned the tightening of anti-Pyongyang sanctions by the UN Security Council and the United States' recent allusion to military action against North Korea, the Yonhap news agency reported, citing the KCNA.

For example, two of the posters, entitled "Answer of Korea!" and "The whole U.S. mainland is in our striking range!" described the North Korean army's resolution to carry out preemptive strikes on the aggressor's military bases, according to the agency. 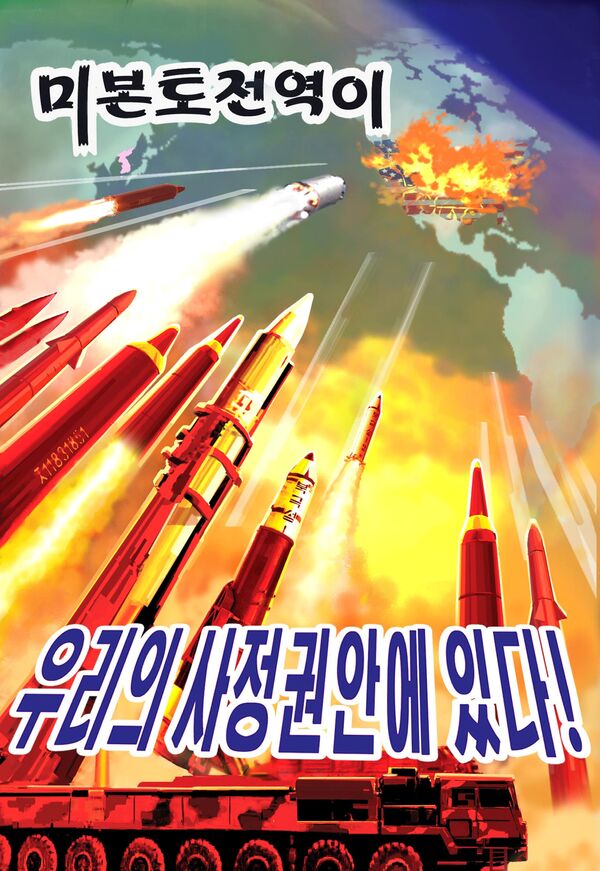 A propaganda poster blaming U.S. and hostile countries' sanction is seen in this undated photo released by North Korea's Korean Central News Agency (KCNA) in Pyongyang August 17, 2017. The poster reads: "Entire region of the state is now within range of our missiles!"
© REUTERS / KCNA 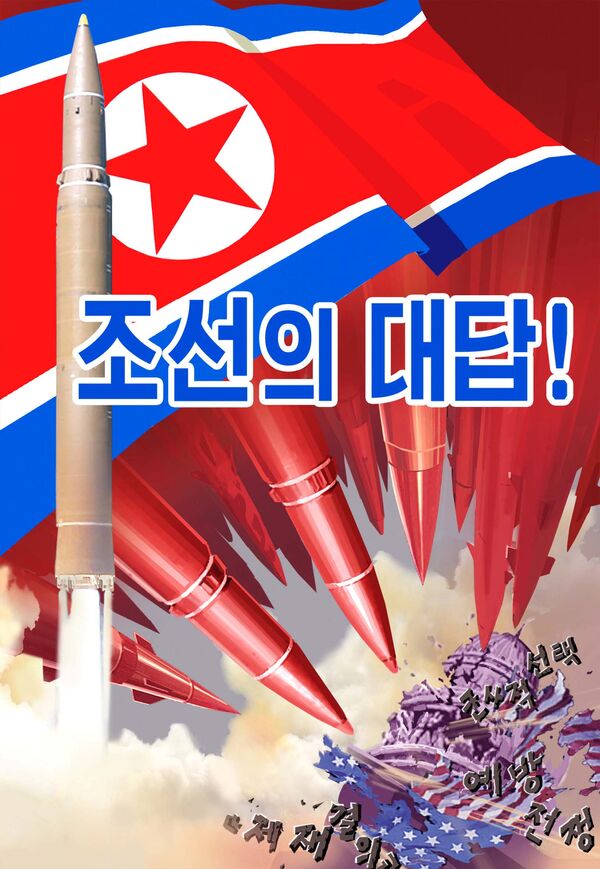 World
Detente in US-North Korea Crisis May Not Last Long, Give-And-Take Welcome
Tensions increased between the United States and North Korea following the UN Security Council's adoption of new sanctions against Pyongyang on August 5. Last week, Washington and Pyongyang exchanged heated warnings, with US President Donald Trump promising to meet any North Korean threat with "fire and fury" and North Korea saying it was seriously considering a strike near the US territory of Guam in the western Pacific.

In an effort to de-escalate the situation in the region, in June, Russia and China proposed a "double freeze" scenario, in which North Korea would cease its nuclear missile tests, and the United States and South Korea would in turn halt their military drills. The initiative was rejected by Washington, while Pyongyang has not yet issued an official response on the matter.