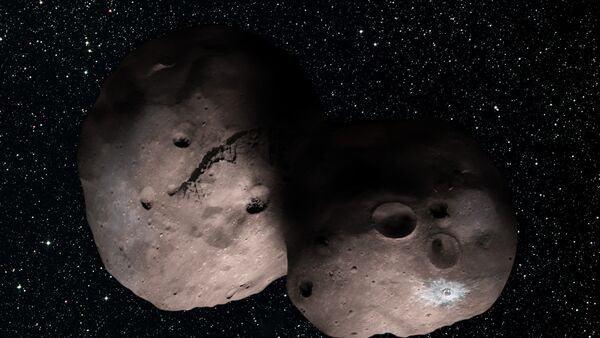 New Horizons, the fastest Earth-born spacecraft launched to date, running partly on nuclear energy, is well-known for the beautiful images of Pluto it transmitted back to Earth in July 2015. The fast-moving unmanned spacecraft became dormant for five months to save energy as it trekked to the Kuiper Belt.

New Horizons was instrumental in renaming Pluto, which went from being the ninth planet to being a dwarf-planet, now known merely as "asteroid number 134340."

New Horizons is also carrying some of Clyde Tombaugh's ashes, the scientist who discovered Pluto. Tombaugh's last living request was to have at least a small portion of his ashes sent into space, according to The Telegraph.

On September 11, the spacecraft will come back to life to take its 16-month journey to MU69, a Kuiper-belt object that is thought to have been present at the birth of the solar system. This flyby is four billion miles from earth, making it mankind's most distant space journey to date.

NASA's principal investigator for New Horizons, Alan Stern, said, "We are very likely going to a primordial binary in the Kuiper Belt, a four-billion-year-old relic of Solar System formation and an exotic building block of the small planets of the Kuiper Belt like Pluto."

"It may even be a swarm of smaller bodies left from the time when the planets in our solar system formed," Stern added.

"New exploration awaits us," he asserted. "It promises a scientific bonanza for the flyby."

NASA's Director of Planetary Science Jim Green commented on the importance of the New Horizons mission as well.

"The New Horizons mission to Pluto exceeded our expectations and even today the data from the spacecraft continue to surprise. We're excited to continue onward into the dark depths of the solar system to a science target that wasn't even discovered when the spacecraft launched," Green said.