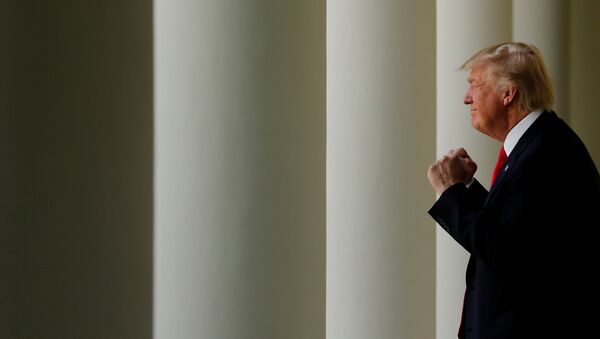 US President Donald Trump's reckless remarks on North Korea undermine the security of the American people, Ranking Member of the House Committee on Foreign Affairs Eliot Engel said in a press release.

US Must Engage North Korea in Dialogue Without Preconditions - Senator
WASHINGTON (Sputnik) — On Tuesday, Trump told reporters at his gulf resort in New Jersey that North Korea would face an unprecedented level of "fire and fury" if it continues to threaten the United States.

"Today President Trump's reckless behavior and impulsive outburst undermined the security of the American people, and that of our friends and allies," Engel said on Tuesday.

The congressman added that Trump had put US credibility on the line by drawing an "absurd red line" and predicted that Kim would likely "call his bluff as America's adversaries watch."

Tensions between the United States and North Korea have escalated in recent months after Pyongyang conducted a series of missile launches and nuclear tests in violation of UN Security Council resolutions.

Pyongyang conducted two tests of intercontinental ballistic missiles last month. According to the Korean Central News Agency, the latest launch on July 28 was successful, and the missile reached the altitude of 3,725 kilometers and traveled 998 kilometers for about 47 minutes before falling in the Sea of Japan.